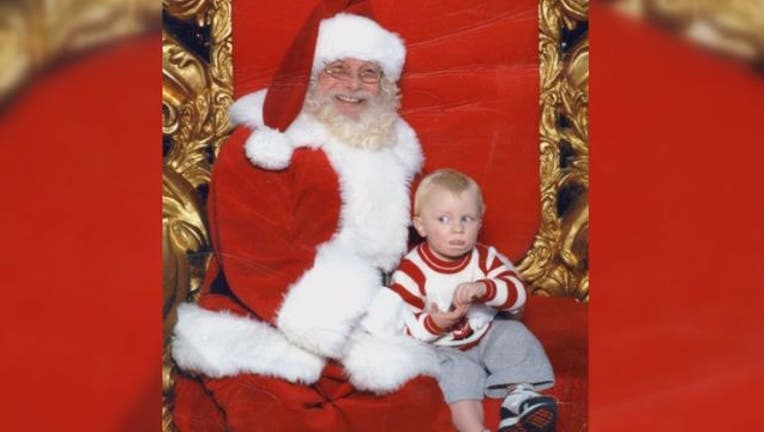 Every year when Santa comes to town, meaning your local mall, children line-up to meet the jolly big man. In their best threads, they make their merry way into Santa's cottage and regurgitate their heart's desires-- despite having mailed their letter to the North Pole already!

But not every kid is generally all smiles when meeting old Saint Nick. To some, it's probably terrifying meeting a plumpy man in a red suit belting out "ho, ho, ho." Talk about stranger danger!

One toddler in particular, was NOT having it! Using sign language, taught by his awesome parents, he signaled for "help" in the hilarious Christmas picture with Santa. His mom tweeted it out and it went viral-- it's plain to see why!

She went on to clear up the specific sign language variant he was taught.

"In baby sign you go with what they do. We showed him the ASL version and this is what he did. "

Hopefully the little tyke was able to tell Santa what he wanted for Christmas before being rescued!