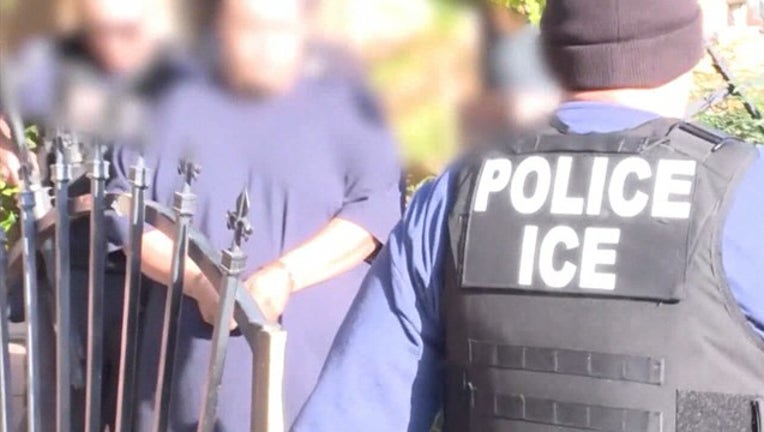 SAN FRANCISCO (BCN) - A federal appeals court ruled in San Francisco Monday that undocumented teenagers who are accused of gang affiliation can't be held in custody indefinitely and must be given a prompt hearing before an immigration judge.

The decision by the 9th U.S. Circuit Court of Appeals applies to undocumented minors who previously were allowed by the government to live with a relative or other sponsor, but then were arrested after being accused of gang affiliation.

A three-judge panel of the appeals court quoted an earlier Supreme Court ruling that said the constitutional right of due process requires "the opportunity to be heard in a meaningful way."

The court upheld a preliminary injunction issued by U.S. District Judge Vince Chhabria of San Francisco in a lawsuit filed by three youths who were swept up in a U.S. Immigration and Customs Enforcement raid on alleged gang members in two New York counties.

The youths claimed they were unfairly kept in custody for weeks without being given a hearing at which they could dispute the allegation that they were gang members.

The plaintiffs were among 12 youths under the age 18 who were arrested in June 2017 in ICE arrests of 45 alleged gang members. ICE alleged that 39 of the arrestees were affiliated with the MS-13 gang.

Chhabria's preliminary injunction requires undocumented youths who were previously placed with sponsors and then arrested to be given a hearing within seven days.

After the injunction was issued in November, immigration judges held hearings and released almost all of the more than 30 teenagers then in custody, according to the American Civil Liberties Union. The ruling will apply to youths arrested in the future.

ACLU attorney Stephen Kang said in a statement, "With this decision, young immigrants will get a meaningful chance to show that the accusations against them are unfair and unfounded."

The preliminary injunction will remain in effect until a full trial is held on the lawsuit.