Talmika Bates’s injuries quickly went viral in what appeared to be an unusual case of a police dog inflicting extreme injuries on a suspect.

But after KTVU reported the first details of Bates’s bite wounds, people from around the Bay Area, who experienced their own violent encounters with police dogs, began coming forward.

And in almost all of the cases reviewed by KTVU, the dog bites were ruled to be within policy.

For the past 10 months, KTVU has been investigating how law enforcement in the Bay Area and California uses police dogs. The investigation included use-of-force statistics and policies from police agencies, stories from people who were bitten, and interviews with experts on all sides of the issue.

KTVU found major discrepancies in how departments in the Bay Area use their K-9 teams, with varying policies and training requirements between agencies. Some departments liberally sic dogs on people while others almost never deploy their dogs.

Police agencies have long advocated for using apprehension canines, saying officers need them for safety, especially when confronting armed and violent suspects. But KTVU found that scenario often isn’t what happens when dogs are sent to bite.

It turns out that the state commission of Police Officer Standards and Training – or POST – does not require certifications for K-9s, like they do for firearms or other use-of-force options.

And while there is disagreement on the role dogs should play in policing, many experts agree there should be some basic training and use-of-force standards for police dogs in California.

Supporters say standards would help reduce the overall number of people who are bitten; they would cut down on the number of unintentional bites, improve relationships with communities of color, and save cities money from civil lawsuits that follow controversial dog bites.

Here’s what they said: 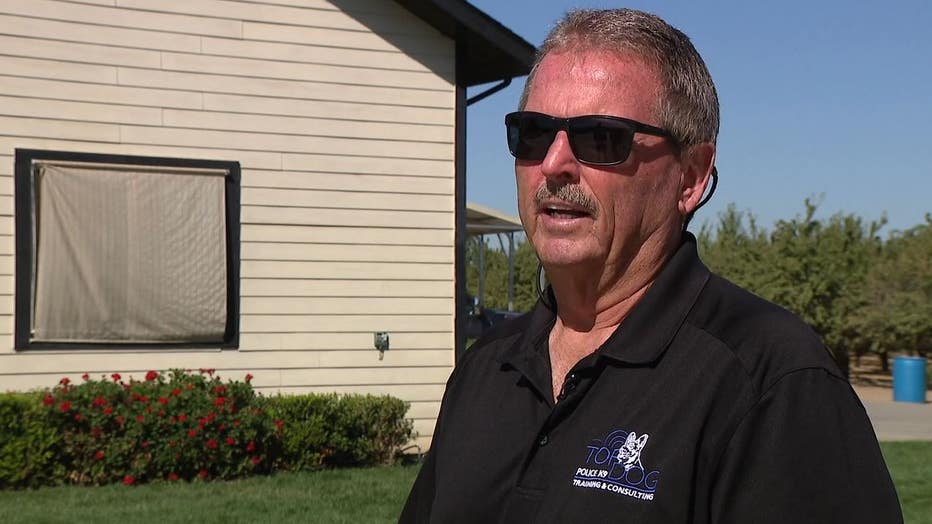 Ron Cloward is a retired Modesto police lieutenant who has been working with K-9s for decades. He famously led the search for Laci Peterson with his team of dogs, and later testified for the prosecution against her husband Scott Peterson.

Cloward now operates a state-of-the-art facility in Ripon (San Joaquin County) where he trains officers and their K-9s in classroom and scenario-based situations.

He helped contribute suggestions to POST’s training guidelines, which are not requirements.

"I think if our legislature wanted to do something to try to help fix any problem that they think they have in K-9s, then they should go back and look at POST standards and maybe create some standards for these handlers to get so that it's straight across the board. Everybody gets the same thing," Cloward told KTVU.

Cloward recommends that K-9s and their handlers have a minimum of 16-hours of document training on basic patrol proficiency a month.

Getting dogs off bite:

Cloward said dogs should be trained to cease apprehension and physical contact when given a verbal command. Dogs should also be taken off a bite as soon as possible.

In several cases reviewed by KTVU, K-9 handlers appeared to have difficulty taking dogs off bites. For example, a police dog in San Jose stayed locked onto Anthony Paredes’s throat for a full minute before officers pulled it loose.

Cloward, however, defended the San Jose officer’s use of a canine on Paredes, saying he had a chance to surrender and chose not to. 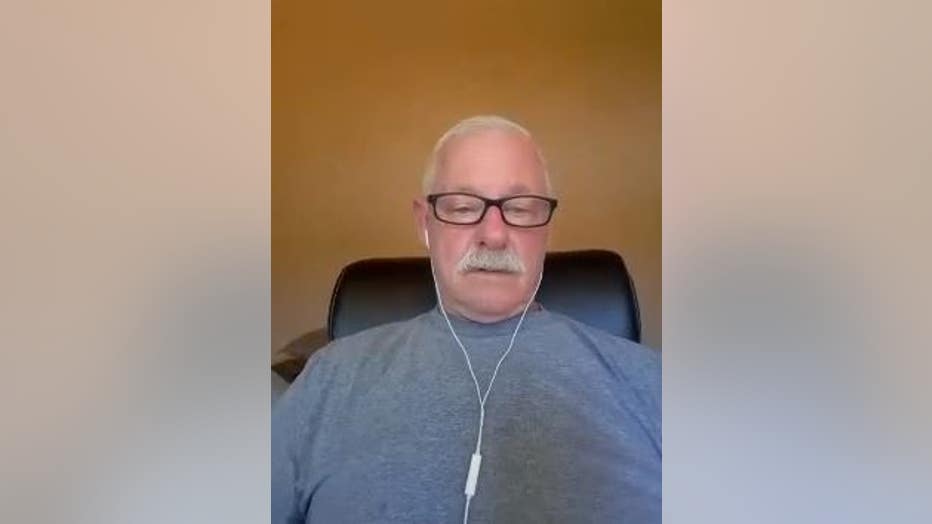 Ernie Burwell is a former K-9 handler for the Los Angeles County Sheriff Department who now advocates for reforming how dogs are used in policing.

"I don't want to see anyone lose their K-9 department," Burwell said. "It's a very important tool, but unless something changes, it will happen."

Burwell said dog handlers need to de-escalate situations and contemplate better tactics rather than resorting to using a dog in many cases. In Paredes' case, Burwell said the officers could have done a better job convincing the man, who was contained in a trash bin, to surrender.

"There's a total lack of supervision," Burwell said. "No one's controlling it."

He suggested a supervisor should be required to go out on each K-9 deployment call to reduce the number and severity of dog bites.

He said dogs bit 80% of people they were used on when he worked in Los Angeles. The department later changed its policy to require supervisors go on calls, prompting the department’s bite ratio to drop to 18%.

Burwell said in particular the Belgian Malinois breed – a close relative of the German Shepard – that are often used as police K-9s "do not want to let go." 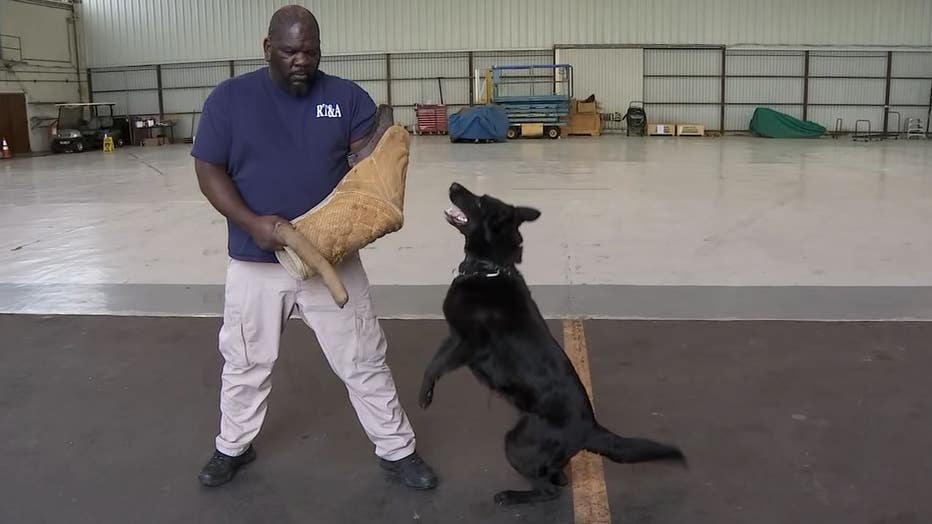 "They're not a toy, especially if they're out doing patrol work," he said of police dogs.

More attention on where the dogs come from:

The two most popular breeds of K-9s are German Shepherds and Belgian Malinois. The dogs often come from breeders in European countries like Germany and the Czech Republic.

Breeders began singling out traits that made the dogs ideal guarding the Soviet borders going back to the 1940s and 1950s, he said. Those same traits are now part of many dogs’ DNA and controlling them can be a challenge.

The dogs may be useful for private security in homes and businesses, but Tolan said some of them are just too aggressive for police work.

"If you happen to get a border patrol dog or dog coming from border patrol lines, more than likely that dog has a very, very high amount of defense, and requires a lot of attention, and lots of training."

Tolan said some departments don’t invest enough in their K-9 teams, which should never be seen as a cost-cutting measure.

"Most departments don't have the funding," he said. "So that leaves the officers, the handlers and the canine unit to work among themselves to be able to come together to start training." 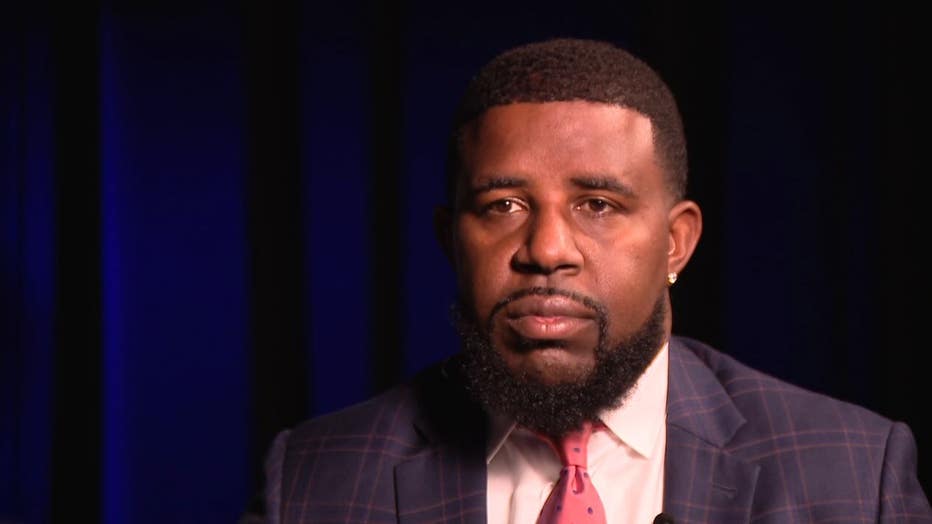 He said departments need to closely monitor how often officers are using dogs to identify when a dog or handler is too aggressive.

When statistics show a dog is too aggressive, Pointer said it should be immediately taken out of service. He added that dog handlers should be responsible for their dogs actions, just like when a private citizen’s dog unintentionally bites someone.

Ban use on non-violent and unarmed suspects:

He said dogs should never be used on a person who is not suspect of a violent crime and when there’s no reason to suspect they are armed.

Departments, he said, should also compile and release reports on demographics of people who are bitten, including age, sex and race.

Banning use of juveniles and bystanders:

Police K-9s should never be used on a juvenile, he said, and when a bystander is nearby, dogs should be held back so innocent people don’t get bit unintentionally. 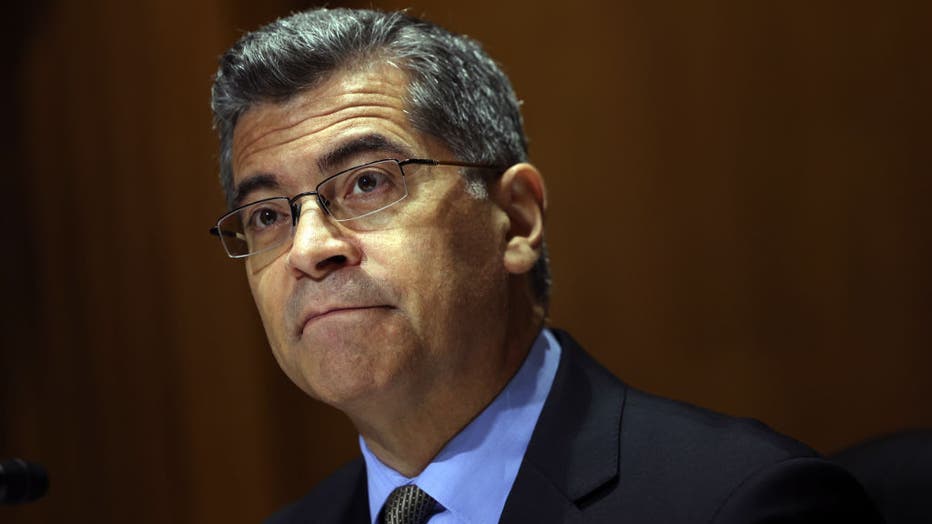 Former Attorney General Xavier Becerra put out a list of police reform recommendations in June 2020 shortly after the killing of George Floyd in Minnesota.

The recommendations were "aimed at improving use-of-force procedures, addressing issues around bias in policing, and increasing accountability and transparency."

One of his recommendations focused on canine use.

Becerra said agencies should discontinue the use of "find and bite" techniques and instead use techniques where canines are deployed to alert officers by barking, rather than biting a suspect.