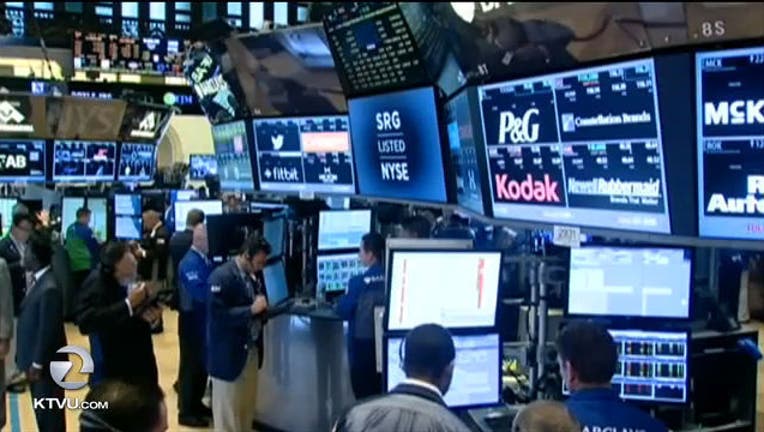 Banks and other financial companies led U.S. stocks sharply higher in morning trading Wednesday, pushing the Dow Jones industrial average above 21,000 points for the first time. Energy and materials companies were also among the big gainers, while utilities and real estate stocks lagged. The rally came a day after President Donald Trump addressed Congress, reaffirming plans to cut taxes and push for other business-friendly policies.

THE QUOTE: "It's nice to see the Dow put another thousand figure up so quickly," said Paul Christopher, head global market strategist for Wells Fargo Investment Institute. "At the same time, it sort of suggests this is a sentiment-driven rally. There's usually some recalibration of sentiment at some point."

TRUMP SPEECH: In his speech, Trump struck a less confrontational tone than usual and steered away from dramatically negative descriptions of the state of the U.S. economy. He also reaffirmed his pledges to reform taxes, slash red tape and ramp up spending on defense and infrastructure projects. The promises have helped send U.S. stock benchmarks to records, but Trump offered little by way of detail.

LUMBER JACKED: Builders FirstSource, a maker of building materials, jumped 14.8 percent, getting a boost from rising lumber prices. The stock gained $1.92 to $14.86.

PIN THIS: Etsy slumped 15.8 percent after the online crafts marketplace issued guidance that fell short of Wall Street's expectations. The stock shed $1.91 to $10.21.