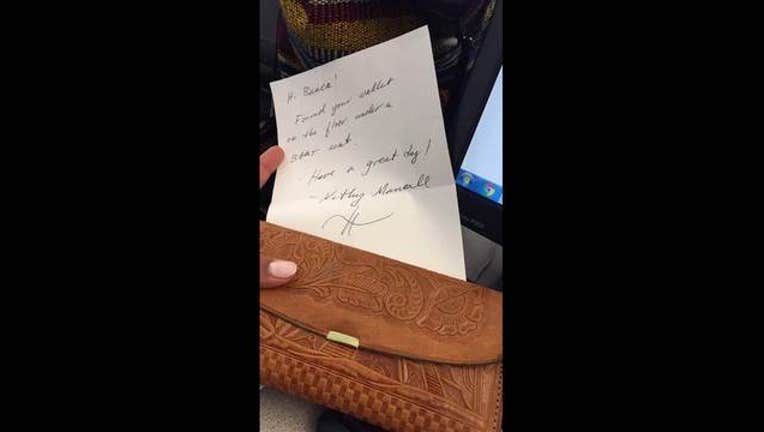 SAN FRANCISCO (KTVU) - A Mount Diablo High School student was on BART, headed back from San Francisco, when she realized she was on the wrong train.

She hopped off and realized she left her wallet behind.

Bianca Nunez told KTVU, "(I) was bummed, but figured it was gone, so oh well."

When Bianca returned to school after the weekend, a school official told her someone found her wallet and said they would return it in a couple of days. Apparently the woman who found the wallet used Bianca's school ID to track her down.

Several days later, as promised, she received the wallet with a note.

The wallet still had all her money and items in it. She was excited, because the wallet was one she found on a trip to Mexico.

“(It) was great to know that there are still good people in the world,” she said.