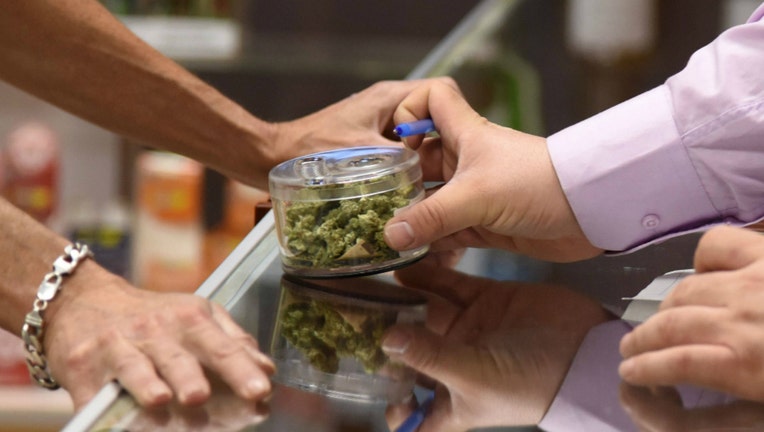 WALNUT CREEK, Calif. - The Walnut Creek City Council said Tuesday it wants to allow recreational adult-use cannabis sales, at least as far as delivery goes, but will hold off until next year before taking up the issue of storefront sales within city limits.

All five council members agreed the city shouldn't explore allowing commercial cultivation or preparation of cannabis within the city.

The council didn't vote to officially enact anything Tuesday night but did direct staff to expedite exploring new rules for adult-use delivery within the city.

Members were open to the issue of storefront sales but wanted to push it back until early next year, at the soonest, as they already have staff prioritizing downtown recovery from COVID-19 shutdowns.

A Marin cannabis delivery company says strong sales show their products is one way people in the North Bay are coping with stress during the coronavirus pandemic.

"For me, the most important thing is really the bigger issues of the economic recovery of downtown," Councilmember Cindy Silva said. "All of that work has started and is a high priority for us, and we said that. That is where I land on this. Sometimes you can't have it all."

Mayor Kevin Wilk asked staff to try to come back with some guidance on storefront cannabis sales sometime during the next six months.

In 2018, the city adopted its own regulations for "personal and commercial cannabis activities."

The current ordinance allows for up to two non-storefront, delivery-only cannabis retailers within city limits, though only one -- HerbNJoy -- currently operates in the city.

At the time, city officials said not enough was known about potential impacts to the community if wider use was allowed, and they were also concerned about additional crime and that residents didn't want more of a visible presence of cannabis in the city.

Earlier this year, the city reassessed its ordinance and looked at the impact on 28 other local jurisdictions allowing some form of cannabis sales.

Tuesday's staff report pointed out 70 percent of cannabis use is recreational and taxable, with the rest being medicinal (which isn't taxable). Moving away from prescription-only use will increase taxable sales, the report says, and "existing retail stores in Martinez and Antioch are doing extremely well, and in the next eight to 12 months, one new store will open in Pacheco and four to five new retail stores will open in Concord. There is an estimated demand for approximately 10 to 12 more retail stores in Contra Costa County."

If recreational sales are legal, the city could collect revenue not only through sales tax, but through business licensing and permit fees. A local sales tax could also be imposed on businesses outside the city that deliver within city limits.