1-on-1 with Warriors President Rick Welts on his retirement, moving to Chase Center, building a winning team

KTVU's Jason Appelbaum talks with Warriors President Rick Welts following the announcement of his retirement this past week. The two discuss how Welts turned the Warriors into a Championship-winning team, building an incredible team culture, the new Chase Center arena, and more.

SAN FRANCISCO - Golden State Warriors President and COO Rick Welts will step away from his role with the organization at the end of the 2020-21 season, the team announced Thursday.

Welts has been working in the NBA for 46 seasons, including the Seattle SuperSonics, Phoenix Suns, and the Golden State Warriors.

Welts began his stint with the Warriors in 2011. He was inducted into the Naismith Memorial Basketball Hall of Fame in 2018, the crowning achievement of his career. 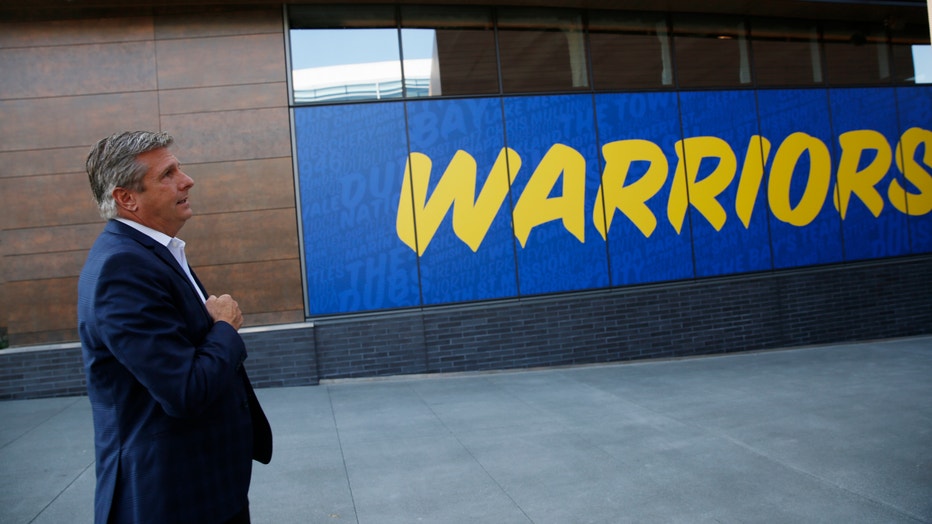 Under Welts, the Warriors brand grew tremendously. Much of that had to do with five consecutive appearances in the NBA Finals, and three NBA Championships -- in 2015, 2017 and 2018.

"This has been the ride of a lifetime," said Welts. "To have had a front row seat to the growth of the NBA from where it was in the late 1960s to its place today as one of the most respected and successful leagues in sports on a global stage has been an incredible privilege. The first day I met Joe Lacob and Peter Guber, I wanted to be a part of building what I knew could be a special organization. We have the most talented staff in the industry, and we are poised for even greater success in the future. Personally, I am excited for my own next chapter."

In 2011, Welts became the highest ranking executive in men’s professional team sports to publicly acknowledge he was gay. 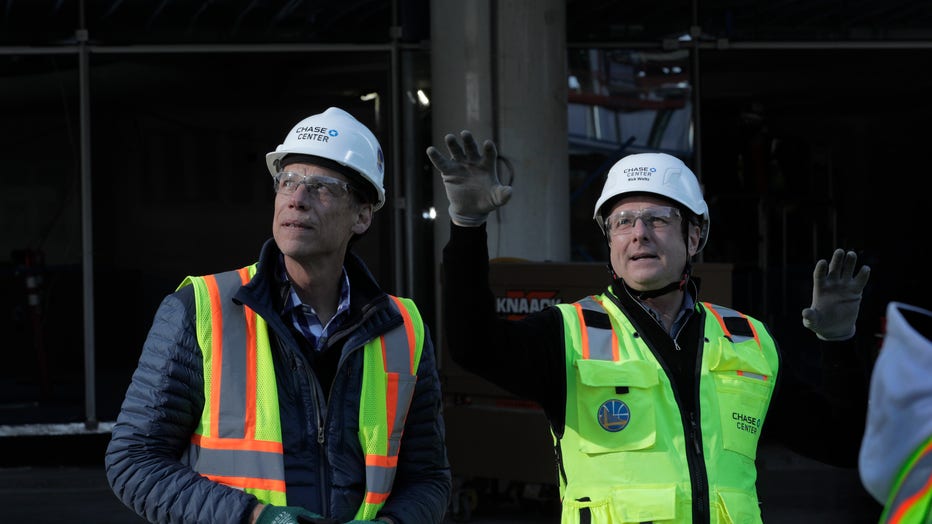 Warriors COO Rick Welts chats with Don Moffett, Assistant Director of Ticket Services during a tour at the new Chase Arena still under construction in San Francisco, Calif., on Friday, January 4, 2019. The Warrior will open their 2019-2020 season in

"I’ll never forget the day we introduced Rick to the media as our President in 2011," said Joe Lacob, Warriors Co-Executive Chairman and CEO. "On that day, he noted the Warriors franchise was always viewed as a sleeping giant that could be very successful if it ever got into the right hands. Well, there were no better hands than those of Rick Welts, and his intuition proved to be spot-on as his leadership, vision, creativity and relationship-building enabled us to reach heights never seen before in the NBA on the business side. We thank him for his incredible contributions to our franchise and, more importantly, the class and character with which he represented our organization each day."

The Warriors became the first professional team to win Sports Business Journal’s "Sports Team of the Year" award on multiple occasions under Welts in 2014 and 2016.

One year after opening, Chase Center was named the Sports Facility of the Year by Sports Business Journal.

Welts will remain associated with the organization as an Advisor. The Warriors are expected to name a new President within the next week.