Wilma Chan's chief of staff will fill out her term

Alameda County Supervisor's chief of staff, Dave Brown, will fill out the rest of her term after she died this month when a car struck her walking her dog in Alameda.

OAKLAND, Calif. - Following the untimely death of Supervisor Wilma Chan, the Alameda County Board of Supervisors on Tuesday appointed Chan's former Chief of Staff Dave Brown to replace her.

Brown will serve the remaining 14 months of Chan's current term.

Chan died in a collision with a vehicle in Alameda on the morning of Nov. 3. Since then, her seat has been vacant. The Board of Supervisors by law have 60 days to fill a vacant board seat or the appointment falls on Gov. Gavin Newsom to make it.

"As we continue to mourn the tragic loss of Supervisor Chan, I am extremely grateful to have the opportunity to continue her inspirational work on behalf of District 3 and all County residents," Brown said in a statement.

He said he's humbled that the other supervisors trust him to serve in Chan's capacity and honor her, her work and her family.

Board President Keith Carson said during the hearing Tuesday to choose Chan's successor that Brown has been one of the best chiefs of staff he's seen during his time in office. Carson was first elected to the Board of Supervisors in 1992.

"(Dave) will have the ability to continue to carry out the programs Supervisors Chan supported," Carson said.

Brown has served in Chan's office for 15 years and has been chief of staff since 2016. Before that he was senior policy advisor to Chan for two years. 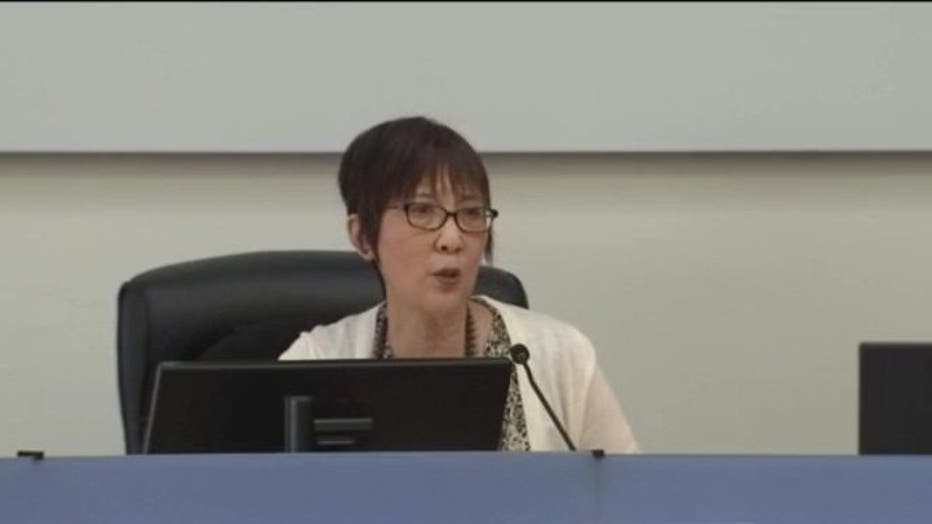 Wilma Chan, an Alameda County supervisor, was struck and killed while walking her dog in Alameda on Nov. 3, 2021. (KTVU FOX 2)