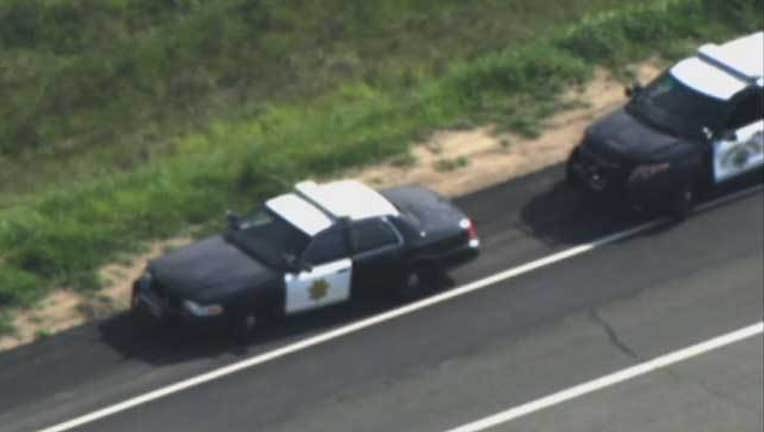 MILPITAS, Calif. (KTVU and wires) -- A suspect found driving the wrong way on Interstate Highway 680 between Fremont and Milpitas Wednesday morning was sought in an earlier California Highway Patrol pursuit in the Central Valley, a CHP officer said.

CHP officers used spike strips to disable the suspect's vehicle at Scott Creek Road. The man kept driving and eventually tried to run from the car near Jacklin Road in Milpitas at about 10:45 a.m., but was quickly arrested, Reed said.

Reed said he doesn't know why the man was fleeing from officers but he may have warrants for his arrest. CHP officers remain in the area investigating Wednesday morning.