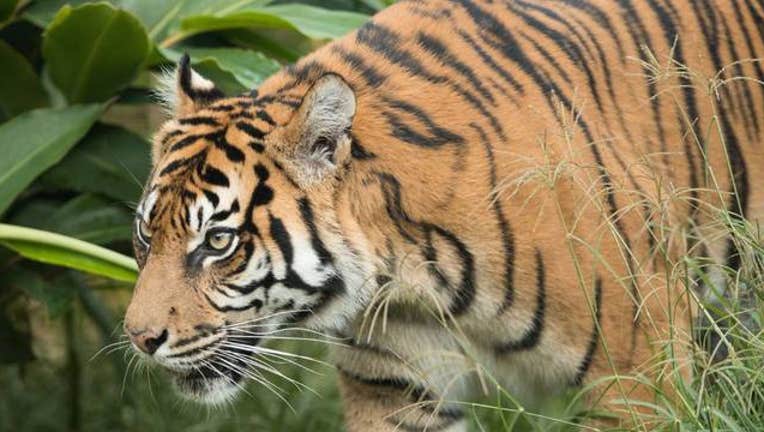 The Topeka Capital-Journal reports that the incident happened around 9:30 a.m. Saturday, when a Sumatran tiger named Sanjiv attacked the worker in a secured, indoor space.

Topeka Zoo director Brendan Wiley says the zookeeper was awake and alert when she was taken by ambulance to a hospital. Wiley said he did not know the extent of her injuries. The zookeeper's name has not been released.

City spokeswoman Molly Hadfield says the zoo was open at the time of the attack and was witnessed by some people.

The zoo reopened about 45 minutes after the attack.

Sanjiv came to the Topeka Zoo in August 2017 from a zoo in Akron, Ohio.