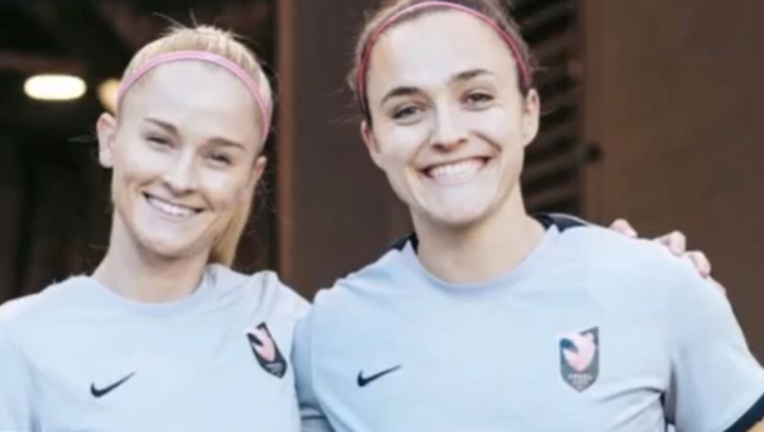 Bay Area native Megan Reid is right where she was destined to be, playing professional soccer, in a league with some of the sports biggest stars. Reid grew up in Orinda and loved to play sports as a child. But, just as she was finding her footing, she was hit with a heartbreaking loss.

"I was seven when my mom passed, and my dad was working full time and having three kids was a bit of a challenge," said Reid.

Despite the challenge, Reid's dad wanted to make sure she still did what se loved, so he coached her youth soccer team, baseball team and basketball team.

Reid went on to star for the Lamorinda Soccer Club at Miramonte High School, where she was also dominant in three other sports. Reid's soccer skills earned her a scholarship to powerhouse University of Virginia where she eventually became a team captain. 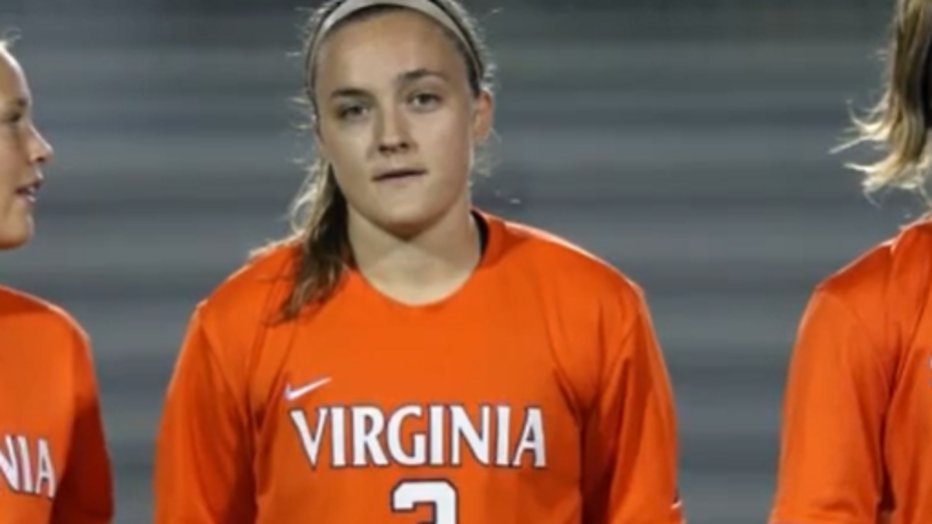 But, in the spring between her junior and senior year, Reid's father died unexpectedly.

"Sports is just something we did together, and I think after he passed away I struggled mentally for my love of the game," said Reid. "Once I got to my senior year I realized I didn’t love soccer as much as I used to and was looking for a different passion."

Reid shifted away from soccer; instead she remembered a conversation she had with her dad about a possible career in firefighting. At the end of her senior season, and earning all second team all conference honors, she joined a volunteer fire department. 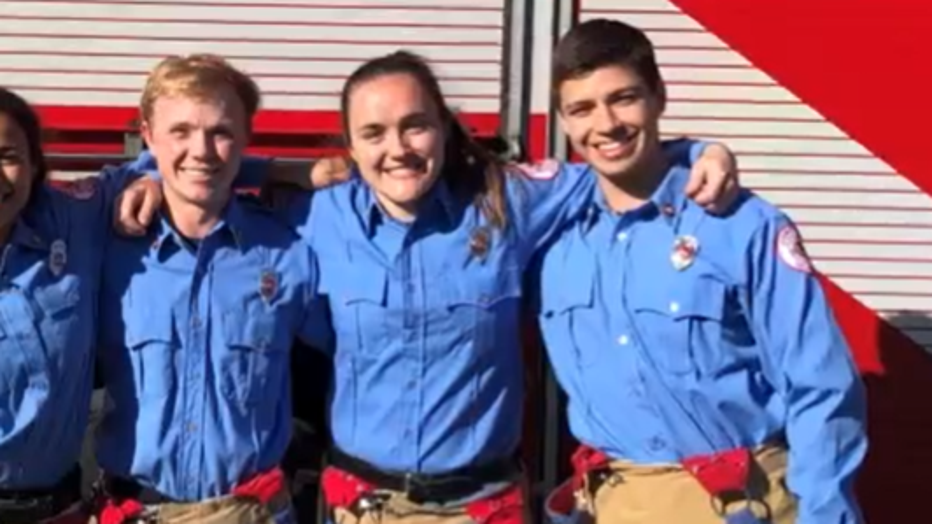 She chose to pass on the National Woman's Soccer League draft, forgoing a shot to play professional soccer. Instead, she moved back to the Bay Area where she spent two years working in Bay Area hospitals to become a paramedic.

But, Reid was in a way recruited back to the sport while working as a paramedic. Her captain at Sonoma Valley Fire was a big soccer fan and is known to convert the garage or "at bay" into an indoor soccer court.

"I think it was her second day, we came down here to the At Bay, pulled the engines out, and I said I got to see what you got," said Captain Hassler. "I’m pretty sure it was the second play of the game, someone was going to score on a goal and she came sliding out of nowhere and I was like this girl is legit."

The firehouse games lit an old spark in Reid, she decided to test her competitive jounces again and earned a spot on Lamorinda United, a semi-pro team.

"This is what I want to be doing, this is so much fun still," said Reid. "That’s when I was like I’m going to take this seriously and go after my dream."

Her former college coach, Steve Swanson, helped turn her dream into reality. He set her up with a tryout with the San Diego Wave, an NWSL team.

"I spent an entire month with them before they we’re like, you’re not what we’re looking for," said Reid.

She was about to head back to the Bay Area before opportunity came knocking for a second time.

"As I'm grabbing my keys, I get a phone call and it's, 'Hey, so the head coach of Angel City is going to call you, so just be ready,'" said Reid.

Reid was ready for her second chance at a pro career, and after more than four years removed form playing competitive soccer, her comeback became official in March.

"I get a text from the general manager, hey we’re offering you a contract. At that point I was in disbelief. It was just a moment of pure joy," said Reid. "I have no real words for it, it was probably one of the best moments of my life." 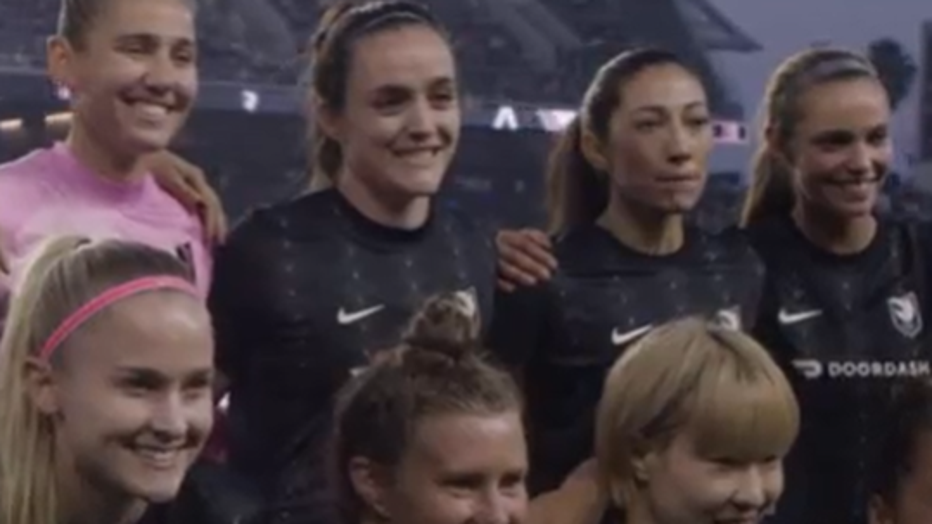 Six months ago, Reid signed a contract with Angel City, where she has become a fixture on defense.

"This year she’s grown so much I think next season she’s gonna take her game to a whole new level," said Tyler Lussi, one of Red's teammates. "She’s gonna be unstoppable."

Reid's former fire crew in Sonoma are now some of her biggest fans.

"We watch every single game she plays when we're here at the station," said Hassler. "We’ve traveled down to watch her play in person."

Reid said she and her dad didn't talk much about her playing professional soccer, but she said she knows he would be proud.

"I think it would have been a dream of his,100 percent," said Reid. "When I play soccer I truly feel like my mind is just there, it never wanders anywhere else,it doesn’t worry about anything else.