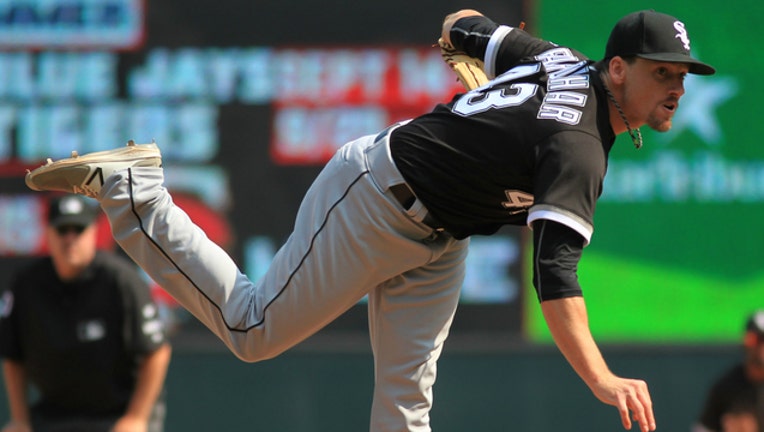 MINNEAPOLIS, MN - AUGUST 31: Danny Farquhar #43 of the Chicago White throws against the Minnesota Twins in the eighth inning during of their baseball game on August 31, 2017, at Target Field in Minneapolis, Minnesota.(Photo by Andy King/Getty Images)

CHICAGO (Fox 32 News) - White Sox pitcher Danny Farquhar was in critical condition on Saturday afternoon after he suffered a brain hemorrhage during a game.

Farquhar, 31, was in the dugout at Guaranteed Rate Field during the sixth inning of the game against the Houston Astros when he passed out. He had just been on the mound.

Manager Rick Renteria said Saturday that no one saw any signs in advance that Farquhar might have been sick. Renteria said that Farquhar regained consciousness, had a strong heartbeat, and was breathing well when he was  rushed to Rush University Medical Center, where he was diagnosed with a ruptured aneurysm.

The Sox said on Saturday afternoon that he is in stable but critical condition in the neurological ICU.