The suit alleges UC Berkeley cheerleaders were not provided the same attention from medical staff as other aerial athletes such as divers and gymnasts, engaging in similar activities.

The string of tech industry layoffs continued Wednesday as Microsoft announced plans to cut 5% of its workforce, laying off about 10,000 workers.

Another landslide came down this week near the Golden Bear Rec Center at UC Berkeley on the Clark Kerr Campus.

A mudslide in the Berkeley Hills prompted the evacuation of about ten homes on Monday morning.

Researchers at the UC Berkeley Central Sierra Snow Lab said they detected 8.5 inches of new snow in the 24 hours between Saturday and Sunday morning.

A man in his 30s was found dead in a tent at People's Park in Berkeley Tuesday. This is the second death in recent months at the park, according to officials.

The MyShake app designed to give a short warning before a quake hits, sounded the alarm early Tuesday morning when an earthquake centered in Humboldt County hit.

The University of California reached an agreement Friday with some 36,000 graduate student teaching assistants and other academic workers for increased pay and benefits that could potentially end a monthlong strike — the largest of its kind in the nation — at the prestigious state system. 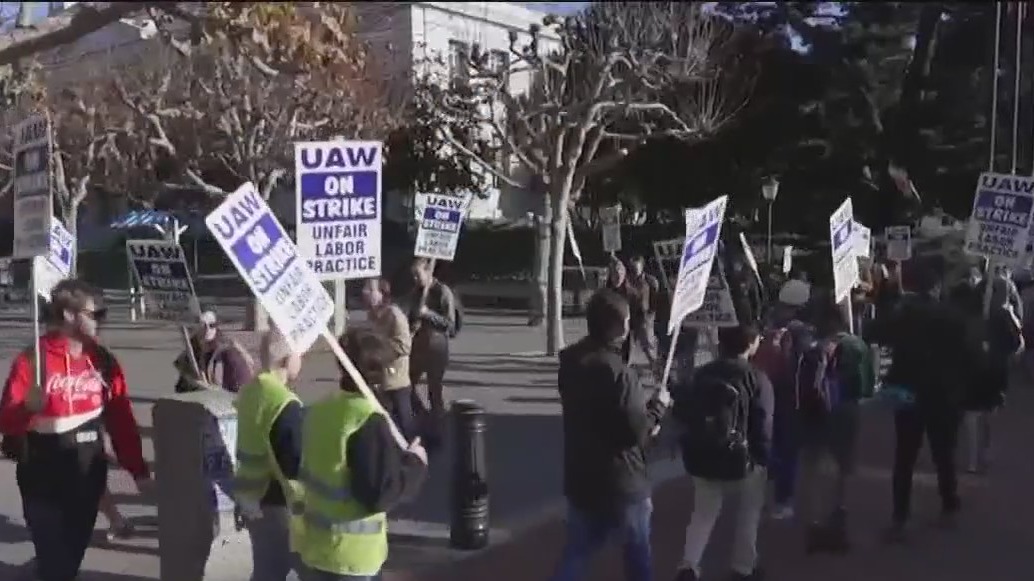 The University of California reached an agreement Friday with some 36,000 graduate student teaching assistants and other academic workers for increased pay and benefits that could potentially end a monthlong strike — the largest of its kind in the nation — at the prestigious state system.

At San Jose’s Christmas in the Park event, families enjoyed dazzling lights, kiddie rides, and festive performances. The outdoor event is a holiday favorite but this year, some people chose to enjoy the celebration masked up.

A grade school teacher was named the winner of the first ever Chris Kindness Award, an initiative created by a University of California at Berkeley professor to promote acts of kindness in his community.

Even in a sea of Berkeley blue and California gold, you would be hard-pressed to find a fan more focused on the Cal-Stanford game, than 11-year-old Bryson Thompson.

UC Berkeley's police department is getting a new police chief – the former acting police chief at the US Capitol.

Zuni Café on Market Street in San Francisco is temporarily closed due to an upsurge in COVID cases amongst staff. Doctors say four respiratory viruses are currently circulating.

A surge in RSV cases and other winter viruses has prompted some Bay Area hospitals to set up overflow spaces to accommodate more patients.

UC Berkeley researchers have teamed up with three car companies and Vanderbilt University on new artificial intelligence software for cars aimed at reducing traffic jams, energy use, and accidents.