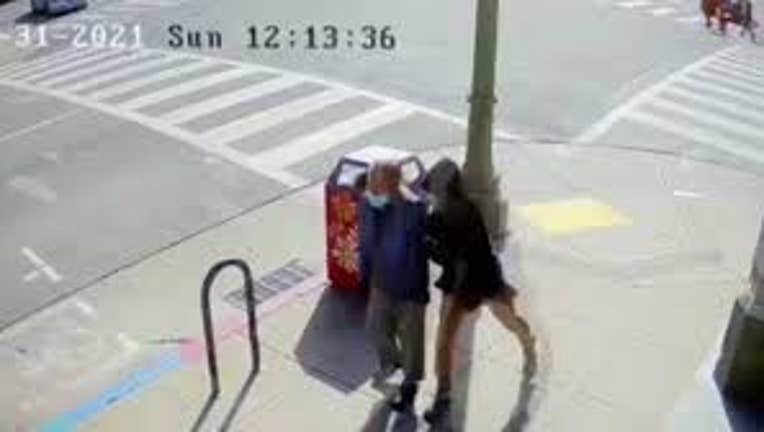 OAKLAND, Calif. - Some members of the Asian and Black communities are feeling under siege after a series of high-profile robberies and assaults in Oakland and other parts of the Bay Area, and they're trying to bridge the hurt and work together in the aftermath.

While some Asian Americans are feeling jeopardized by the brutal assaults and thefts, there are Black community members who feel like they’re being racially profiled in the hunt to capture those responsible.

Both communities have been victimized, said Oakland Councilmember Carroll Fife, who is Black and whose district includes downtown and West Oakland.

"And there's a whole bunch of trauma on both sides," she said. "Oakland is a tinderbox."

As tensions mount, several groups have decided to work together instead of falling into stereotypes and blame.

"The tension between the Asian and Black communities is building right now and we cannot repeat history," tweeted Michelle Kim of Oakland. "Asians - we can fight anti-Asian racism without being anti-Black or pro-police. Black folks - people condemn anti-Asian rhetoric within your own community and amplify our pain."

It doesn't help, Fife said, when some wealthy people have offered huge rewards for the arrests of certain suspects, because it ends up putting "bounties on Black men's heads" in the search for the assailants.

At the same time, some Asians feel not enough is being done to protect members of their own community. Some volunteers have started patrolling Chinatown streets themselves.

Actor Daniel Wu, star of the show "Into the Badlands," spoke Monday at a news conference, saying he was "appalled" at the crimes in Oakland's Chinatown. He and actor Daniel Dae Kim have offered a $25,000 reward to solve some of the crimes.

The attacks come at a time when there were already feelings of persecution in Asian neighborhoods. Wu said Asians have been unfairly blamed for the coronavirus, as former President Trump, using racially charged language, often referring to it as the "Chinese flu." Asians have been the target of slurs and "spat on," which Wu said he feels hasn't been reported on enough.

Oakland Council President Nikki Fortunato Bas, whose district includes Chinatown and the Lake Merritt area, told KTVU this week that many members of the Chinese and Vietnamese communities feel as though public safety isn't working for them.

Bas said that the crimes against Asians have been horrific, and she also agreed that she has seen "anti-Blackness" on the rise "because we live in a system rooted in white supremacy."

Some of the recent attacks include:

The Oaklandside reported that it’s not yet known for sure whether the Chinatown uptick in crime reflects a real change in longer-standing patterns. In Patrol Area 1, which encompasses Chinatown, West Oakland, and downtown, the overall number of reported crimes in January is down 60% from last January, and robberies are down 40%, The Oaklandside reported.

However, Bas pointed out that these numbers might also never really be known.

Many Cantonese-, Mandarin- and Vietnamese-speaking residents don't feel comfortable filing police reports and likely don't tell police about all the crimes they suffer, Bas said. She said her staff has personally helped residents in her Chinatown district in the past. She said the city needs to do more to make these services accessible to Asian residents.

And in a small way, bridges are already being built.

Several community groups are planning what they're calling a multi-racial healing event with community groups from the Black, Latino and indigenous communities in Oakland and San Francisco this weekend.

The Anti-Police Terror Project promoted a message from the Oakland Chinatown Coalition to support those living and working in that area by wearing yellow.