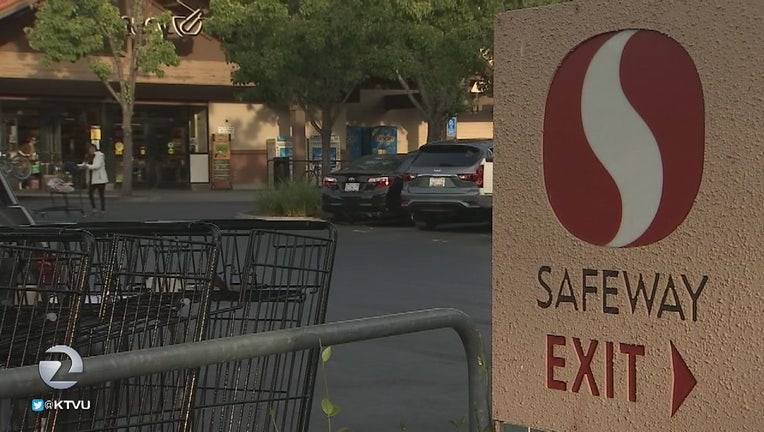 HAYWARD, Calif. - For the first time in the company's history, Safeway grocery drivers have unionized, a spokesman for United Food and Commercial Workers says on Friday.

The union called this development a victory because Safeway's parent company, Albertsons, recently announced plans to fire thousands of non-union frontline worker drivers in a shift to DoorDash.

"Today is a powerful victory for these Safeway grocery drivers who are bravely serving on the frontlines of this pandemic, putting their own health at risk to ensure Bay Area families have the food they need during this crisis," UFCW Local 5 President John Nunes said in a written statement on Friday.

Nunes said Safeway and its parent company were exploiting the passage of California's Prop. 22, which allows companies to classify gig workers, such as drivers, as independent contractors.

The union said 88% of the 250 Safewy.com drivers voted to approve the union contract, which includes benefits and job protections.

"With the ratification of this contract, we were able to increase our benefits and hours and protect our jobs in this uncertain time" said Safeway.com driver Chris Chavez.

The contract guarantees full-time drivers a minimum of 32 hours a week, includes a three-dollar salary cap increase, employer contributions for health benefits, and limits third-party app use for companies like DoorDash.

KTVU has reached out to Safeway for comment, but has not yet heard back.