The CZU complex has forced over 22,000 residents to evacuate immediately.

SANTA CRUZ, Calif. - Evacuation orders in effect for parts of San Mateo and Santa Cruz counties were expanded Wednesday afternoon because of increased fire activity in 22 fires, all started by lightning strikes.

The cluster of fires is being called the CZU August Lightning Complex.

The fire has grown to 25,000 acres and has destroyed 20 structures, the most of which were 1-story residential homes.

Wednesday afternoon over the CZU Fires

SkyFOX flew over the fire burning in San Mateo and Santa Cruz Counties on Wednesday, August 19, 2020.

That has prompted the evacuation of over 22,000 people across the two counties. The fire, as of Wednesday morning, had burned 10,000 acres.

Cox said that some structures, possibly homes, have been destroyed, but he didn't know yet exactly how many. 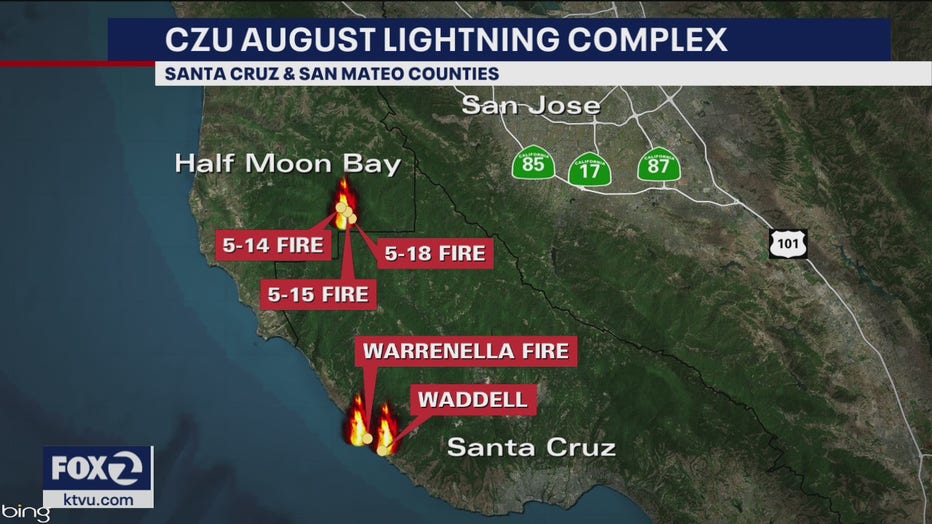 New evacuation orders issued Wednesday afternoon are focused in Santa Clara County and are mandatory. These include:

There are new evacuation orders in Santa Cruz County because of a wildfire that's now scorched 7,500 acres. Allie Rasmus reports

Mandatory evacuation orders in San Mateo County were expanded Wednesday morning and include: 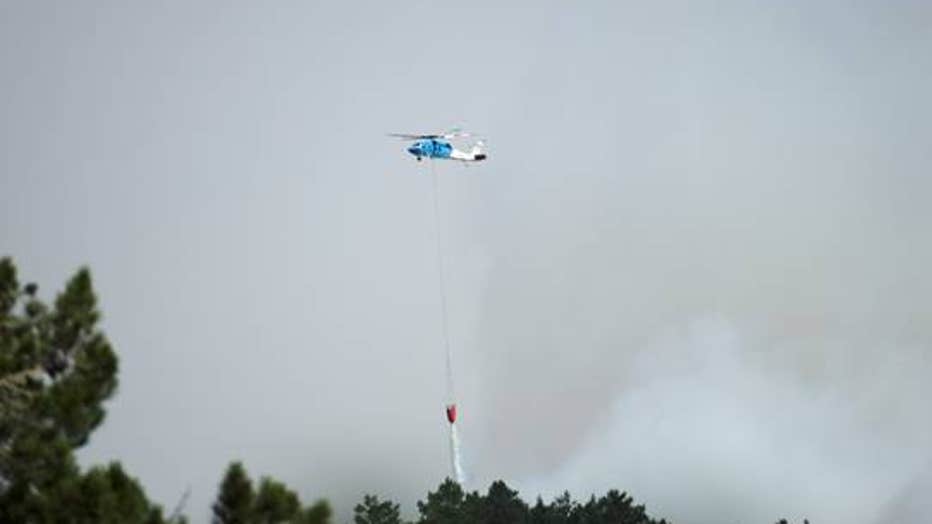 An evacuation center has been established at Pescadero High School, at 360 Butano Cutoff in the unincorporated community of Pescadero.