No one was injured when an elderly driver crashed through the fence and into a pool at a San Jose complex.

SAN JOSE, Calif. - San Jose firefighters on Tuesday responded to an apartment complex where a vehicle went into a pool.

The San Jose Fire Department tweeted that the incident happened around 1:29 p.m. in the 1300 block of Fruitdale Avenue.

Firefighters at the scene assessed the driver, who was visibly shaken from the ordeal but didn't sustain any injuries.

Fire officials said there was no one in the pool at the time of the incident. 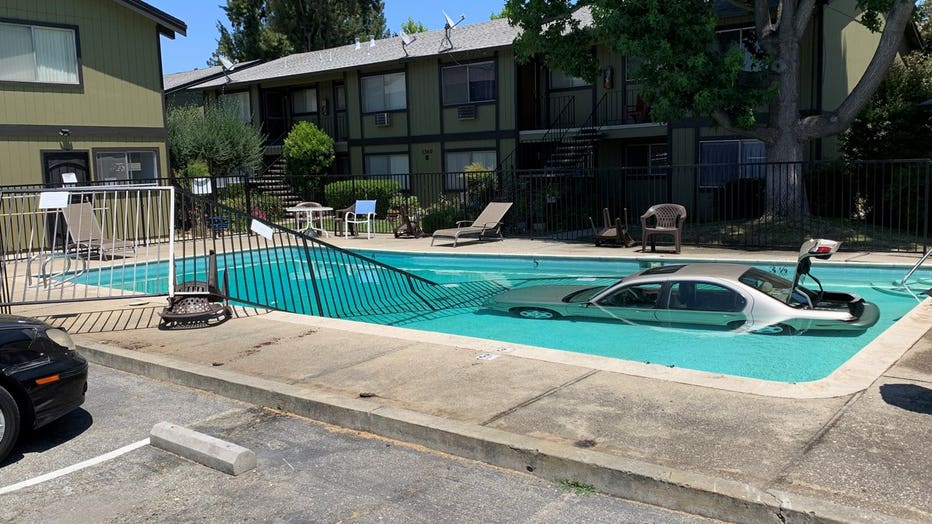 San Jose's fire department released this photo, showing the aftermath of a car plunging into the swimming pool at an apartment complex.