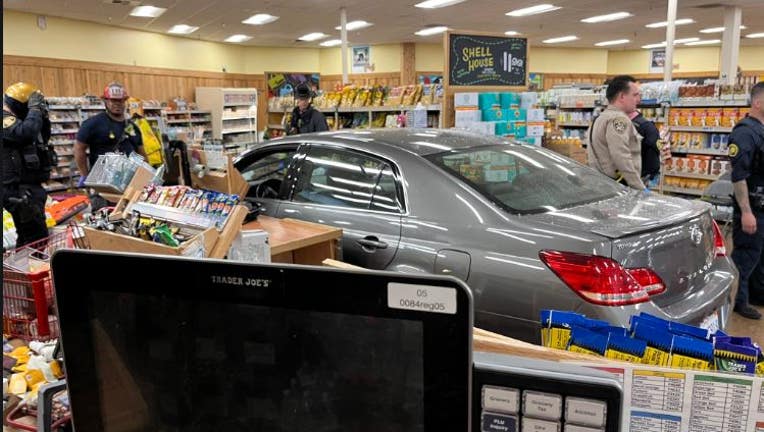 CASTRO VALLEY, Calif. - Alameda County Fire Department says they are responding to a Castro Valley Trader Joe's because a car accelerated into the store Thursday afternoon. Four people were taken to the hospital, officials say.

An employee at the store on Redwood Road said there are injuries and that there were still people inside the store. California Highway Patrol confirmed the injuries and said the building has since been evacuated. The gray Toyota Avalon went into the store shortly before 4 p.m. 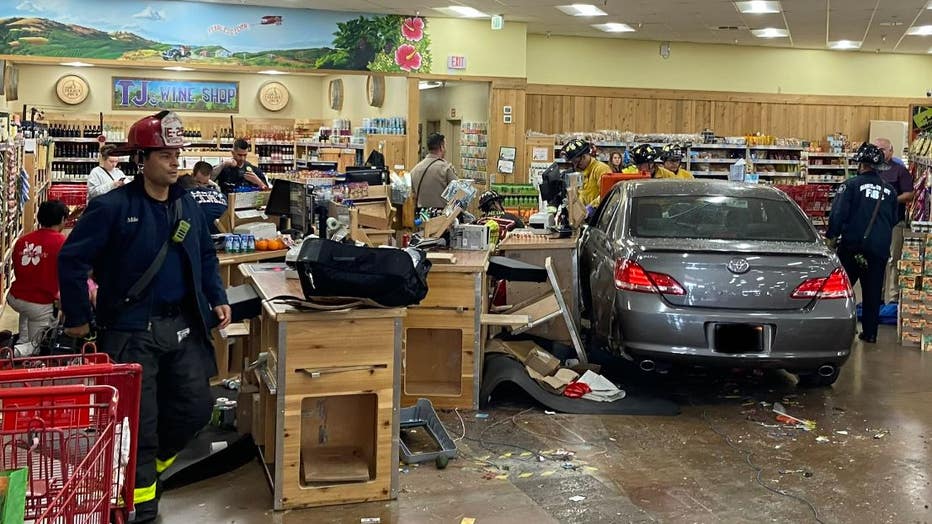 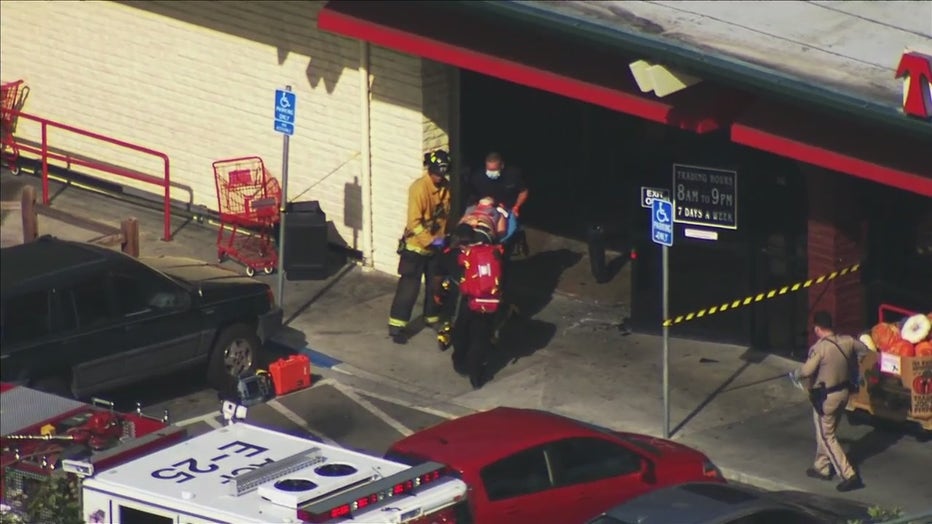 People were injured when a car crashed into the Trader Joe's grocery store in Castro Valley on Sept. 15, 2022. (KTVU FOX 2)

Sgt. Ray Kelly with the Alameda County Sheriff's Department said an older driver mistakenly accelerated into the Trader Joe's. People inside were hit by debris and from the impact of the vehicle. Sgt. Kelly said none of the injuries appear to be life-threatening.

The fire department said one person refused medical treatment. The number of people injured was initially thought to be five, but CHP said the number injured was actually eight total.

CHP said the driver is an 88-year-old Hayward resident. The car ended up by the check out-stand area. One of the people hospitalized is a five-year-old child from Hayward. Another person hospitalized was a store employee, CHP Officer Daniel Jacowitz said.

"We probably had some lower-leg injuries but everyone we transported was conscious," said Paige Bowie, division chief with Alameda Co. Fire Dept.

CHP said some of those injured were not hit by the car and that there were projectiles involved when the car plowed through the store and hit merchandise.

The car has since been removed from the building. CHP said drugs or alcohol do not appear to be a factor in this crash. Officials said the driver was going at a significant speed and that this may have been a case of pedal confusion. The driver has not been arrested and has been compliant with the investigation. Investigators will look to see if there was a mechanical issue with the vehicle.

A driver apparently accelerated his car through a Castro Valley Trader Joe's store on Thursday. Eight people suffered injuries but none appear to be life threatening. Four people went to the hospital. The 88-year-old driver was not arrested. Many witnesses were thankful the incident was not deadly.

Shoppers were going about their business when suddenly they saw a car coming at them inside the store.

"I saw something coming into the store. I moved backwards and at that point, some guy grabbed me very strongly and pulled me back, so I was out of danger. Had I not moved fast enough, I might have been hit by the car," said Lani Borges, a witness.

Sgt. Kelly said CHP is the lead investigating agency and that the sheriffs' department is assisting with traffic and helped evacuate people from the store. The fire department is checking the building for potential hazards. At this point, CHP said there does not appear to be any structural damage to the building.

Skyfox flew over the scene to get a look at the situation. A reporter is also on the way to gather the latest information.

As for the Trader Joe's store at this location, the store is closed through Friday. Customers are asked to check social media for updates on when the store will reopen. 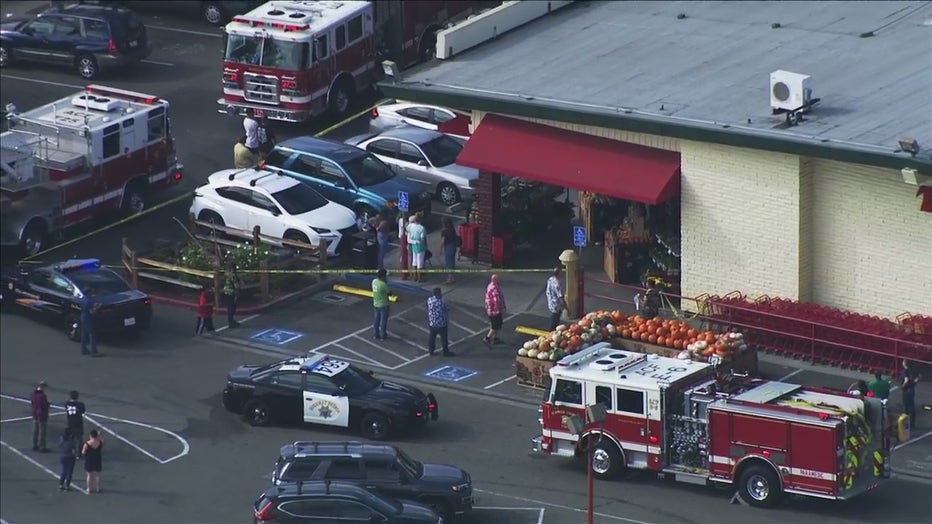 Police and firefighters responded to the Trader Joe's in Csatro Valley where a car was inside the store. (KTVU FOX 2)