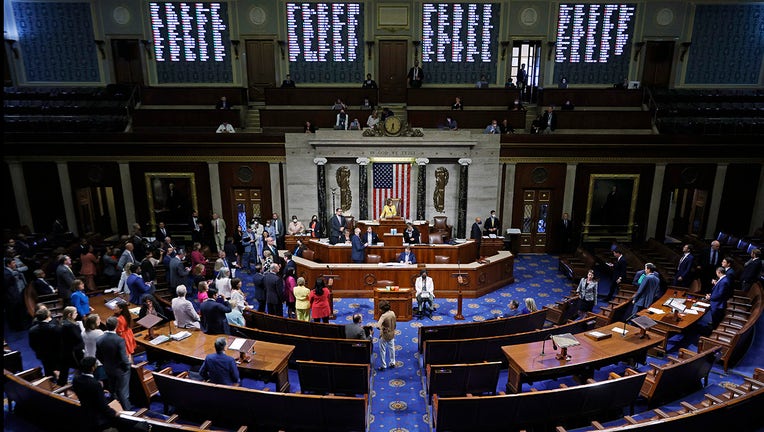 File: The House Chamber at the U.S. Capitol on August 12, 2022 in Washington, DC. (Photo by Chip Somodevilla/Getty Images)

With virtually all the ballots counted, Duarte has just over 50% of the vote. Gray conceded in a statement, saying, "I accept the results and have called to congratulate my opponent."

"This was one of the closest races in the country. More than 130,000 ballots were cast, and the outcome will be decided by just a few hundred votes," Gray said.

Duarte said in a statement, " I promised our Valley families that I would be their bipartisan champion in Washington, D.C. by fighting for food on our tables, gas in our tanks, and water on our farms. That is exactly what I am going to go there to do."

Earlier, Republicans regained control of the House. With Duarte’s victory, Republicans will hold 221 seats next year, Democrats 213, with one Colorado race undecided and going to a recount.

The 13th District has a prominent Democratic tilt and a large Latino population, similar to other districts in the sprawling farm belt region. But the most likely voters tend to be white, older, more affluent homeowners, while working-class voters, including many Latinos, are less consistent in getting to the polls.

That provided an opening for the GOP, despite the 14-point Democratic registration advantage.

Duarte, a businessman and major grape and almond farmer, was the top finisher in the June primary. His priorities included obtaining adequate water supplies for farmers in the drought-wracked state — a perennial issue in the Central Valley — along with addressing inflation and crime.

Gray is considered a moderate Democratic state legislator. In a region heavily dependent on agriculture, he’s been critical of state water management and puts water and agriculture at the top of his issues list. He has also stressed his willingness to work across party lines, and promised to make improvements in public safety and education.