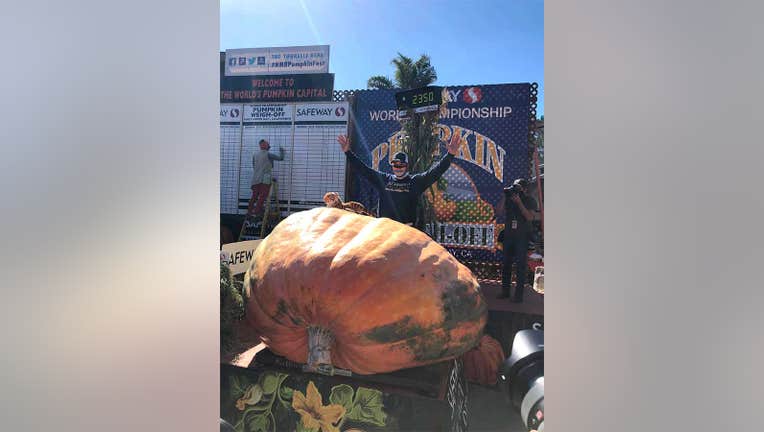 HALF MOON BAY, Calif. - The Half Moon Bay Pumpkin Festival has been cancelled for the second year in a row due to the COVID-19 pandemic. The festival is a community tradition that has attracted hundreds of thousands of visitors in the past and serves as a fundraiser for local nonprofits.

"It's a sad decision," Mayor Robert Brownstone said at the meeting, adding that he would look forward to the pumpkin festival every year. "I, in good faith, can't vote to have this event if I can't feel like we can really ensure the safety of all the attendees."

Though the festival's organizers, the Half Moon Bay Beautification Committee, had planned a scaled down event due to the pandemic, councilmembers felt it was not worth the risk.

The festival would have taken place on Oct. 16 with precautions such as hand washing and sanitizing stations, face coverings required except when eating or drinking and a pop-up vaccination clinic. 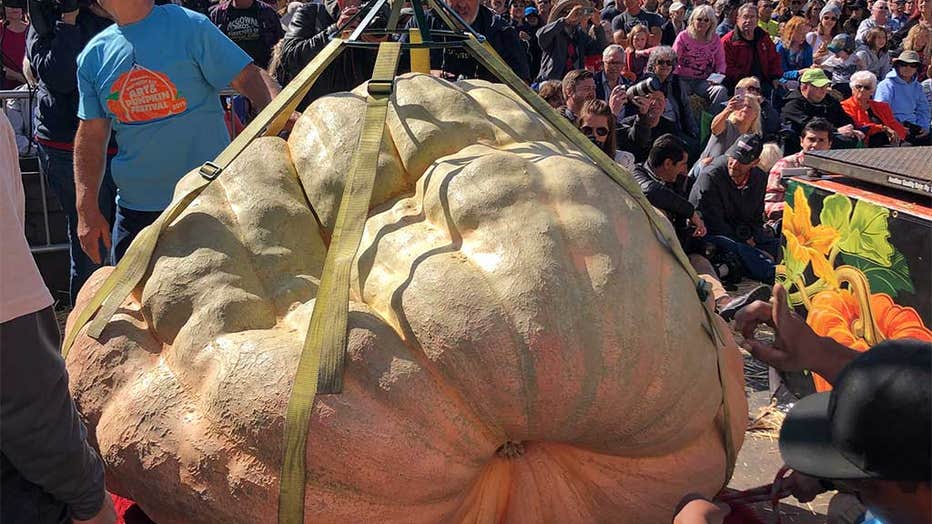 Travis Gienger of Minnesota poses with his championship pumpkin at the 2020 Safeway World Championship Pumpkin Weigh-off competition in Half Moon Bay. Gienger's 2,350-pound gourd is the second largest ever weighed at the contest. (Photo courtesy of S

While 92 percent of San Mateo County residents age 12 and older have received at least the first dose of the COVID-19 vaccine, councilmembers noted that vaccination rates in some Coastside communities were lower than the countywide rate.

Cameron Palmer, president of the Half Moon Bay Beautification Committee, said the cancellation was heartbreaking to their committee, the community and the nonprofits who would have benefitted from the festival.

In addition, a donation from attorney and benefactor Joe Cotchett helped support the festival's participating organizations in 2020.

"We were able to save the day last year but we're not in a position to do that this year, unless we get another benefactor that really pitches in," Palmer said.

At Tuesday's meeting, the mayor asked city staff to look into the city's budget to possibly help nonprofits.

Despite the festival being cancelled, the Safeway World Championship Pumpkin Weigh-Off will proceed on Oct. 11.