A Palatine, Illinois man was cited for inattentive driving – after a Kenosha County sheriff's deputy noticed he

KENOSHA, Wis. - A Palatine, Illinois man was cited for inattentive driving after a Kenosha County sheriff's deputy noticed he "appeared to be asleep behind the wheel crossing over the Illinois/Wisconsin state line" on Sunday, May 16.

Sheriff's officials said the Illinois man was driving on northbound I-94 when the deputy located the vehicle as it passed State Highway 158. The deputy approached the vehicle from behind and pulled alongside it to observe the driver. According to the deputy, the driver did appear to be asleep, noting that the driver's head was down and he was not looking at the road.

Mitul Patel, 38, who works as a delivery driver denied being asleep at the wheel, telling the deputy, "I was OK," and, "I was a little bit tired," when informed he was sleeping, noting he works "seven days a week." He added that he was "just honestly not trying to lose my job."

A Kenosha County sheriff's deputy who conducted a traffic stop with a Tesla driver who appeared to be asleep at the wheel speaks about the incident.

"I noticed that he was not aware, that he was looking down. I then got behind the vehicle, hit my lights and for about 2.2 miles, I had no reaction from the driver. Lights and sirens going, different pitches, different sounds from my audible," said Deputy David Gomez.

The deputy indicated the driver was traveling at 82 mph through Kenosha County at that time. 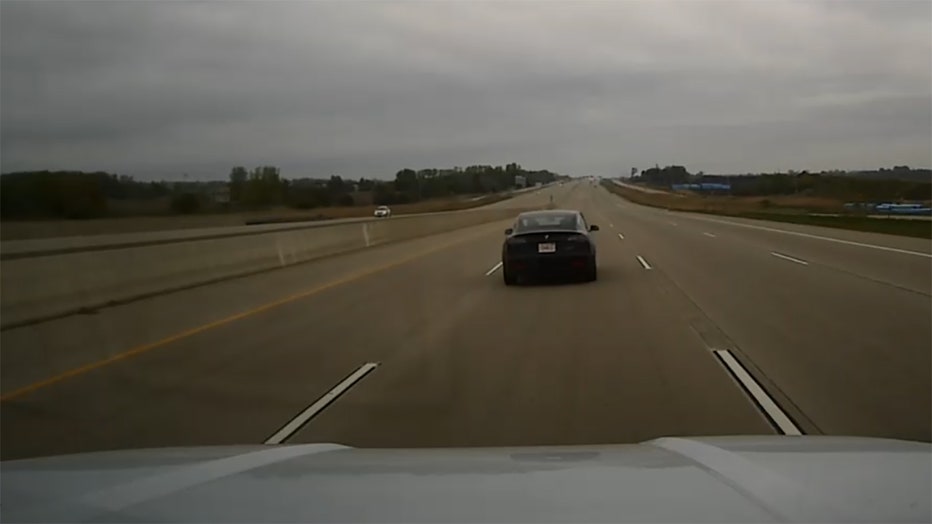 "Still no reaction. It was then I got upside of him again into the number one lane to see if he was awake. At that point, he did wake up and he pulled over to the right lane," the deputy said.

The deputy reported the driver finally noticed he was being stopped when the deputy pulled alongside the Tesla for the second time and pulled over near County Highway KR.

The deputy stated the operator did not have any signs of impairment but stated that he was tired.

"I also observed on the front screen of the vehicle an autopilot engaged," Deputy Gomez said. 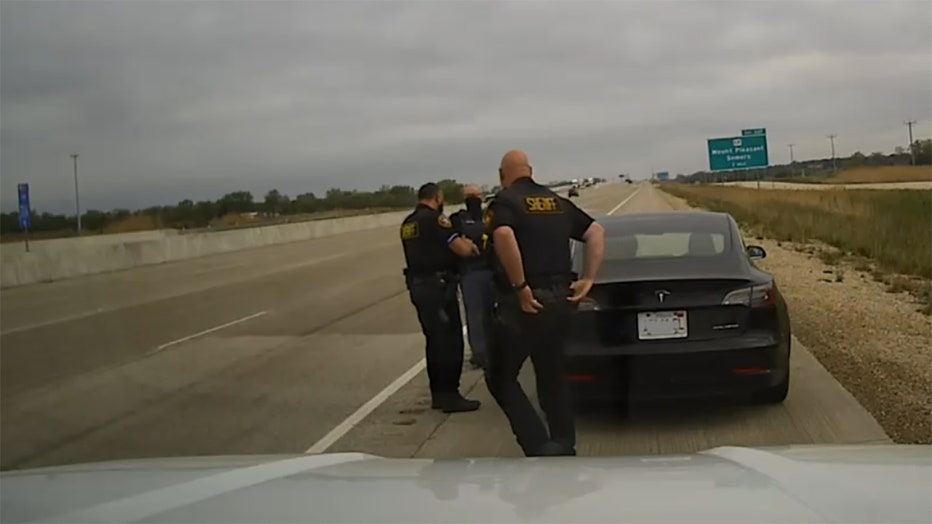 The vehicle was a 2019 Telsa with autopilot capability. Tesla mandates the operator keep their hands on the steering wheel at all times and always maintain control of the vehicle while utilizing the autopilot feature.

The operator was issued a traffic citation for inattentive driving. Sheriff's officials said they hope the alleged nap serves as a wake-up call for other drivers.

"If you’re doing this and you’re thinking you can just go about your business and drive, no. Inattentive driving means you’re not watching the road, your eyes are not on the road," the deputy said.

Ironically, Deputy Gomez himself once owned an older Tesla so he was familiar with some of the technology available in the vehicle.

We Energies has taken honoring essential workers to new heights, naming baby peregrine falcons after the heroes of the pandemic.