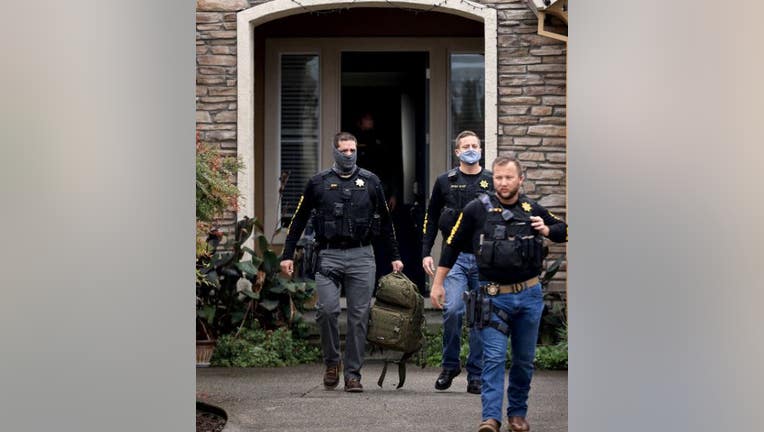 WINDSOR, Calif. - Investigators on Wednesday served a search warrant at the home of ex-Windsor Mayor Dominic Foppoli who is accused by several women of sexual misconduct.

According to the Press Democrat, Sonoma County domestic violence and sexual assault detectives descended on Foppoli's home on Merlot Way in connection with the ongoing investigation.

Sergeant Juan Valencia said investigators did retrieve items from Foppoli's, but would not disclose what they were. brown.

Foppoli stepped down as Windsor mayor in May, after being accused of sexual misconduct by at least nine women.

In early April, the San Francisco Chronicle first uncovered multiple allegations of sexual assault against him dating back 17 years.

About a week later, Foppoli said he'd "step back" from most formal duties and from being an "active mayor," but would remain on the council.

Multiple North Bay elected officials had called on him to resign and a recall effort was under way to oust him.

Foppoli, who's maintained his innocence since the allegations surfaced, said the accusation against him were driven by politics.

The embattled ex-mayor filed paperwork in September to run again in 2022, and some community members were shocked.

"He’s oblivious that he has done anything. He’s like living life normally,' said Traci Carrillo, an attorney representing several of the accusers, including Windsor Councilmember Esther Lemus.

"This has been kind of earth-shattering in many ways for them," Carrillo said. "They’ve moved forward, they’re trying to heal, this is reopening wounds all over again. It's very triggering."