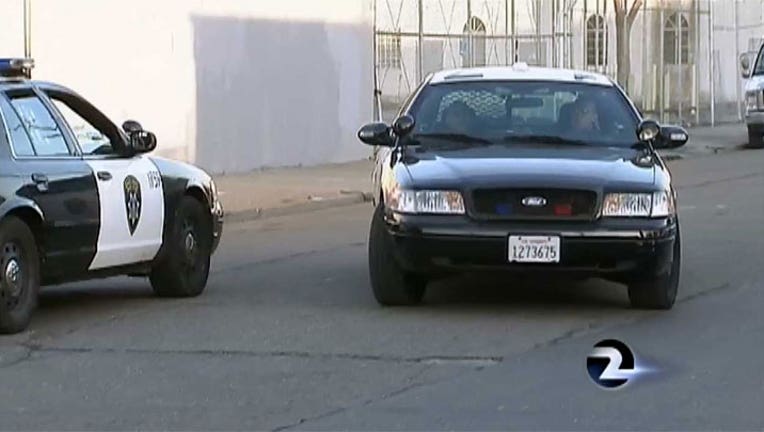 OAKLAND, Calif. - An Alameda County Superior Court judge has ordered the city of Oakland and its police department to "promptly" release thousands of documents on police misconduct investigations every two weeks within the next six months - an order the city's attorney said at first would likely be impossible.

The order was issued by Judge Frank Roesch on Friday and comes after journalists Darwin BondGraham and Ali Winston sued the city in September 2020 to make these records public. They were represented by Sam Ferguson of the Meade Firm in San Francisco.

"We're all pretty happy," Ferguson said on Monday. "I couldn't have asked for a better outcome. The public records act is clear, you have to promptly release records. The judge saw Oakland's obstruction for what it was. Sitting on documents for two years is obviously not prompt. This is a big win for transparency and police accountability."

Ruling from the bench on Friday, Roesch said he didn’t believe the city’s argument that its police department lacks the resources to comply with the law, one the California Supreme Court also rejected last year, Courthouse News first reported.

"It’s clear the production has not been prompt enough to satisfy the law. Not by a long shot," Roesch said, according to a transcript of the proceeding.

The ruling is specific to 31 requests totaling tens of thousands of pages that BondGraham and Winston have requested in order to write a book. Some of those requests are for internal documents into the infamous Riders and Celeste Guap police sex abuse scandals. The judge said that these documents must be released in "clumps" every two weeks and take no longer than six months to do so.

KTVU and many other news organizations as well as private citizens are awaiting between 5,000 to 6,000 outstanding public records requests at the latest count. The judge's ruling does not specifically address these larger requests, but it is clear that a legal precedent has been set.

Senior Deputy City Attorney Erin Bernstein told the court that it may prove nearly impossible to produce the records at the speed the judge is insisting upon.

"We don’t believe it would be possible to produce every single page and every video and audio responsive to every single request within six months," Bernstein said.

"You’ve had two years. How can you say you can’t do it in six months?" Roesch responded.

"We’ve been throwing everything we can at it," Bernstein said. "We’ve spent nearly half a million dollars just on throwing attorney time resources at this issue."

She said nine months to a year would be a more realistic timeline.

"Courts can’t order entities to do the impossible," she added.

She also explained that Oakland has delayed releasing so many records because there was a "pretty sharp learning curve when it came to ramping up on how to review these documents and how to get those scanned and uploaded," in reference to SB 1421, a 2019 state law requiring that police release certain types of internal affairs investigations.

Bernstein added that Oakland has more administrative burdens than other cities in investigating and reviewing these documents because they are under federal oversight, which requires much more of them.

"We have two, and now three, separate review processes and each of these generates its own paperwork," Bernstein told the judge. "So we believe that Oakland has a lot more requests coming to it, but also the volume of documents per request is a lot higher."

Roesch declined to adopt the longer timeline. He also had earlier rejected the journalists' requests to make the records public in three months, which Deputy City Attorney Cynthia Stein said imposed a "significant burden" on the city and was "unreasonable."

In March, Oakland police spokeswoman Johnna Watson said that the Oakland Police Department Records Division had 5,376 open Public Records Requests and 4,171 are backlogged. Several weeks ago, she said, the department was authorized to increase the staffing to seven to try to expedite the process.

Despite telling the judge that the city would find it more than challenging to comply with his order, in an email to KTVU on Monday, Stein said: " The City has recently added additional resources to expedite its review of Oakland Police Department public records requests, and our staff will work diligently to fulfill the City's obligations."

EDITOR'S NOTE: This story was updated to include a response from the city.