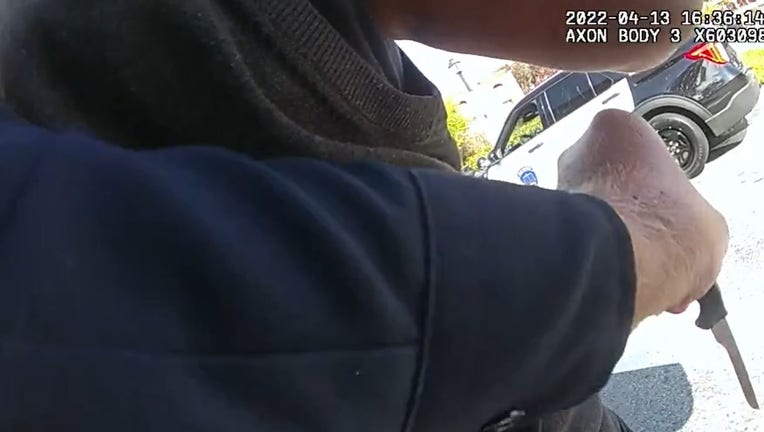 During his arrest, Holmes was found to be in possession of a concealed steak knife. (Photo: San Mateo Police Department)

SAN MATEO, Calif. - A Daly City man has been arrested in connection with exposing himself to a ride share driver on Wednesday.

Edward Holmes, 30, was arrested on suspicion of indecent exposure and carrying a concealed dirk or dagger, according to the San Mateo Police Department.

On Wednesday at 3:59 p.m., officers responded to the 300 block of N. Kingston Street on a report of a ride share passenger who exposed himself to a ride share driver.

The victim, a 23-year-old woman, told police she picked up the passenger, later identified as Holmes, from the Bridgepointe Shopping Center at around 3:45 p.m.

The victim then took the first exit off the highway and ordered Holmes out of her vehicle.

Holmes exited the vehicle and asked the victim if she wanted to see his genitalia, police said.

Responding officers located Holmes nearby at the intersection of Core Avenue and N. Bayshore Boulevard, and he was taken into custody without incident.

During his arrest, Holmes was found to be in possession of a concealed steak knife.