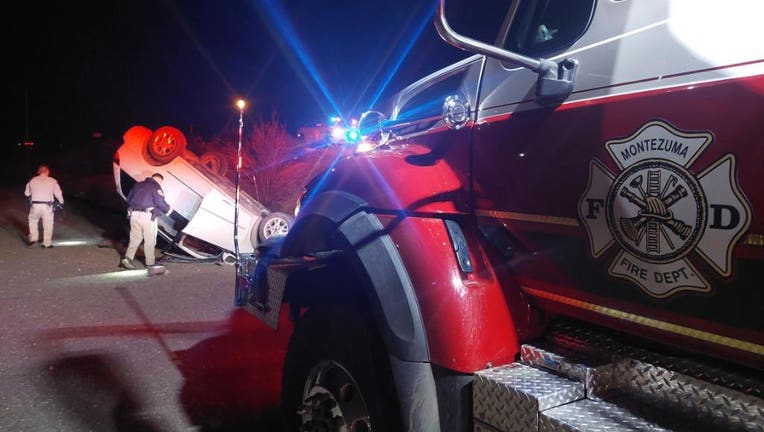 Montezuma Fire responded to a deadly rollover crash on Highway 12 in the area of the Western Railroad Museum.

FAIRFIELD, Calif. - A man died when his vehicle went off state Highway 12 east of Fairfield and rolled down an embankment on Monday night, according to the California Highway Patrol.

The crash was reported shortly before 8:45 p.m. on Highway 12 in the area of the Western Railway Museum.

A preliminary investigation by the CHP determined a man in his 50s from Isleton was driving east on the highway in a 2006 Toyota Sienna van when it went off the shoulder and rolled down a dirt embankment, coming to rest on its roof.

The driver was not wearing his seatbelt and was pronounced dead at the scene.

The driver's name was not immediately available Tuesday from the Solano County Coroner's Office. The cause of the crash remains under investigation by the CHP.