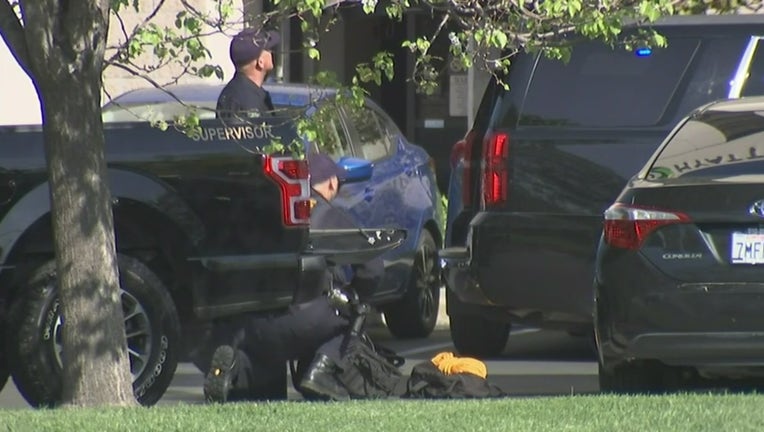 FREMONT, Calif. - A juvenile was arrested and charged for stealing a woman's vehicle and initiating a police chase, officials said.

Fremont police announced the new information Wednesday on Sunday's cross-county carjacking case that led to a boy being ejected from a vehicle.

The Alameda County District Attorney's Office charged the juvenile driver, a resident of Hayward, with two felony counts - including fleeing a pursuing police officer causing great bodily injury to a person, and possession of a stolen vehicle.

The driver was initially arrested with two other juveniles who were in the vehicle at the time of the collision. The two others were later released from custody and not criminally charged.

Officials revealed the driver, who crashed into an uninvolved vehicle, allegedly accosted the woman alone and not with the two other suspects. The woman was unable to identify any of the three juvenile suspects as being involved in the carjacking.

The boy that was ejected from the vehicle in the collision in Milpitas was not restrained in the trunk bed of the vehicle and sustained major injuries. He remains in critical condition, according to authorities.

The pursuit of the stolen vehicle first began in Fremont in Alameda County before on Landess Avenue in Milpitas of Santa Clara County.

The police chase began after the driver failed to adhere to police commands during an enforcement stop; nearly 45 minutes after the vehicle was first reported stolen from a store parking lot on Stevenson Boulevard and Blacow Road.