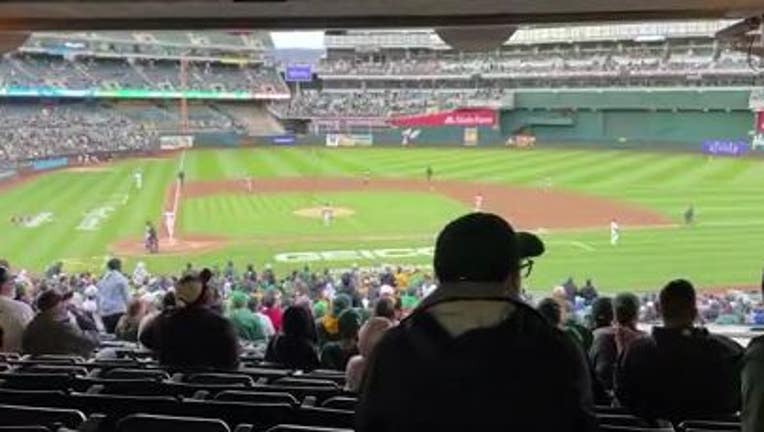 The Oakland A's home opener against the Baltimore Orioles on April 18, 2022.

OAKLAND, Calif. - The 2022 MLB season is young, and there’s already been much said about the low fan draw at the Oakland Coliseum for the A’s games.

While the attendance for the season home opener on April 18 came in at 17,503, the anemic turnout for the following games has been notable. In fact, the Athletics have been dead last in the league by a good margin for attendance, averaging fewer than 7,500 fans over the seven games, including a 42-year low of roughly 2,700 fans mid-week in the game versus the Baltimore Orioles last week.

The team’s challenges to fill the stands have come at a time when the A’s front office has been receiving mounting criticism for some of its offseason trades, complaints of rising ticket prices, and some distrust from fans over the team's so-called "parallel paths" toward a new waterfront ballpark in Oakland and a move to Las Vegas. 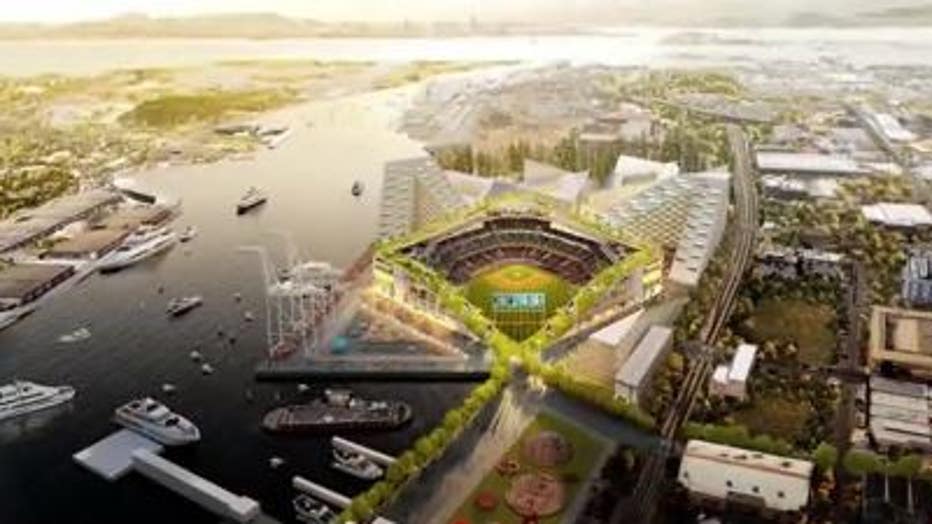 The Oakland A's plans for a waterfront ballpark at Howard Terminal in Oakland.

KTVU sports anchor Jason Appelbaum spoke with A’s president Dave Kaval on Tuesday and asked him about what he believed was driving the low attendance. 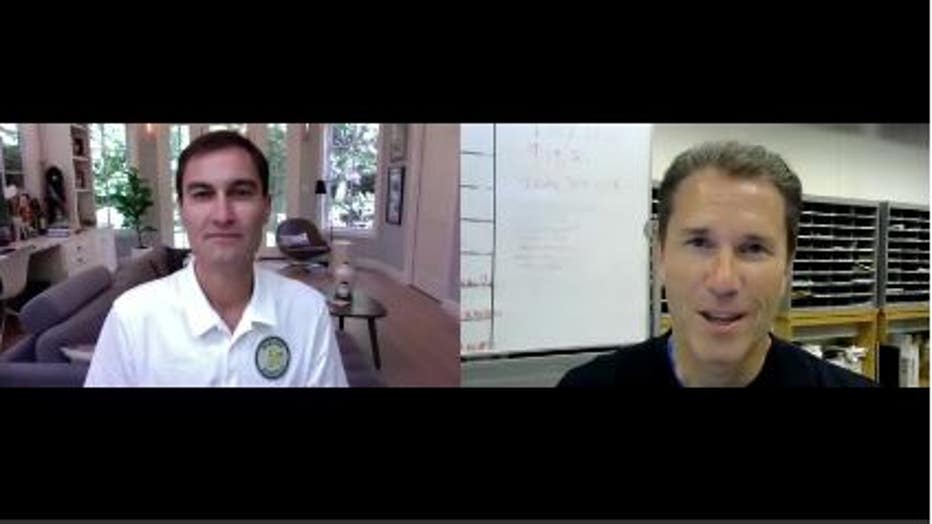 Kaval responded by saying that the team has put its focus on the fans who were coming out to the ballpark. And he pointed to the series of events and promotions at the Coliseum. Though when pressed further on what might be leading to the low numbers, the team president was quick to point out the aging ballpark as a factor, saying that the A's needed to catch up with what other Bay Area teams were offering their fans.

Here are excerpts from the interview:

KAVAL: Well, one thing is we need a new stadium. You know we're ten years past our useful life at the Coliseum. We need a new venue, one that's fan friendly. All the other venues in the Bay Area, from Memorial Stadium at Cal to PayPal Park to Oracle Park to Levi's Stadium, Chase Center, they're all new. People are used to a higher standard. We need to join that club, get our waterfront ballpark. I think people will respond accordingly because we put great teams on the field.

We won 97 games for three straight years. We've had great players. We even have a really exciting young team even in our recycled version of the team this year, and so I think we need the fan friendly environment, and I think that will go a long way in driving the attendance in a positive direction.

APPELBAUM: But at best, Dave, that would be years away. We're talking about right now. What would you say to the A’s fans... boycott may be too strong... but they're angry that the team continues to trade away some of their best players, that's number one. Number two, ticket prices are up a little bit... and number three, I know you're doing your due diligence here, but you’re talking openly about a "parallel path" to Las Vegas.

KAVAL: Well, I mean all those things are fair points, and if fans don't want to attend the games, you know I can't force them to attend. I think for the fans that do come they have a great time… We have affordable tickets, like I said 15, 20 bucks, which in this day is very low... you're not gonna find a professional sporting event with tickets that low. So this notion that we have extremely high ticket prices is totally unfounded.

I think people are sometimes focused on all the negativity... and so I’m hopeful that people can see through that. Focus on what's fun about coming to the Coliseum and the ballpark and also get excited about the fact that we're very close to a new ballpark in Oakland.

We're as close as we've ever been. And we continue to fight the good fight. And we're the only one of the original three teams that were here to ever fight to stay in Oakland, and I think that's an important point that people are forgetting.

APPELBAUM: Could it be that it's early in the season, fans don't know who's on the team yet? You're seeing Christian Pache and some of these guys who came over on those trades, you're seeing them start to deliver… Do you think once you get rolling, you get a little further on in the season and A’s fans know who these guys are, that will maybe bring them back?

KAVAL: Well I also think there is some macro trends. I mean both us and Giants are down about 10,000 fans a game. They’re at about 30,000. We're about 8,000. They’re usually at 40, and we're usually at 18. So you're seeing about a 10,000 fan decrease. That could be on account of the offseason that was very odd because we had a lockout. We still have Covid issues in California and the Bay Area, a lot of it is going around. We had it on our team. And so I think there's still some compounding factors. So I don't think folks should jump to conclusions.

We have an exciting young team, and we're as close as we've ever been to a new ballpark in Oakland. So that's really the state of affairs and the state of play, and I hope people can kind of see the forest through the trees and not get caught up in all the shock jock journalism that you see on the radio.

Kaval, who has not shied away from the criticism related to his recent decisions involving the team, also enthusiastically confirmed that recent sparring on social media between him and Bay Area sports radio host Damon Bruce has led to the two agreeing to hold a public debate of sorts, live on Twitter. He said it's currently scheduled for May 4.

"We're gonna have a great open debate. No holds bar, the whole thing," Kaval said, "discussing anything he wants to discuss, and I want to, about Bay Area media, about the A's, about ownership, whatever. It's all on the table, so it should be very entertaining."