‘Oakland looks like a trash can’: Neighbors form vigilante patrols to curb crime

Residents living near homeless encampments, vandalized and abandoned warehouses, and lines of motorhomes and stripped-down cars say the police department isn’t doing enough, so they have formed vigilante patrols to clean up their East Oakland neighborhood.

OAKLAND, Calif. - Residents living near homeless encampments, vandalized and abandoned warehouses, and lines of motorhomes and stripped-down cars say the police department isn’t doing enough, so they have formed vigilante patrols to clean up their East Oakland neighborhood.

Those living closest to the defunct plant owned by Owens-Illinois along Alameda Avenue say an uptick in crime has led them to keep watch over their streets and spend their own money to add lighting and security cameras to protect their properties.

"We’re can’t depend on the city to do it," neighbor Denise Gray said. "It’s just getting too far out of hand." 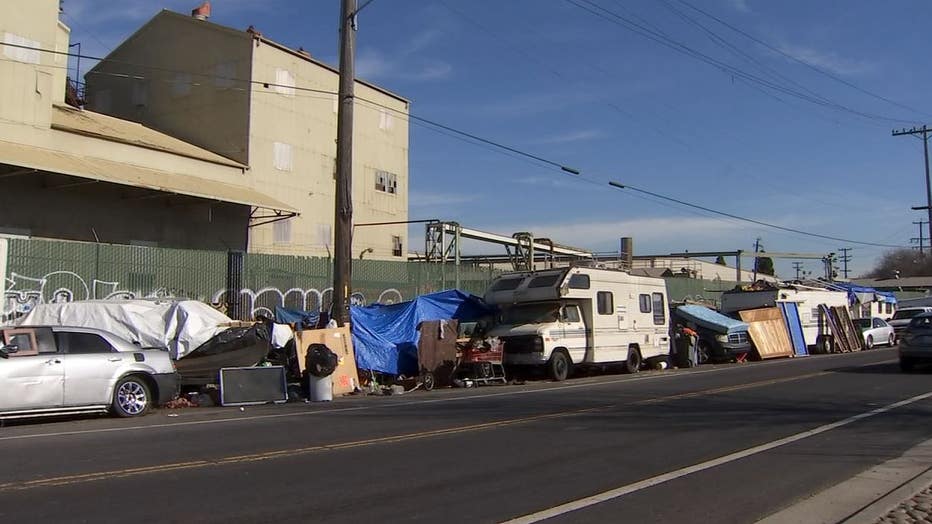 Records show Oakland police are called to the area surrounding the abandoned plant nearly once a day for reports of robbery, assault, auto theft and drug crimes.

Additionally, with sprawling homeless encampments adjacent to the warehouses, the fire department has responded more than 500 times in the past three years, records show.

"I’m concerned that this Owens-Illinois plant is going to catch on fire and blow up," neighbor Carrie Anderson said. "It’s very scary."

Owens-Illinois closed the glass recycling operation a decade ago and it’s been on the market ever since.

These days, neighbors say thieves cut holes in fences and breach locks to break into the buildings, which are covered in graffiti. 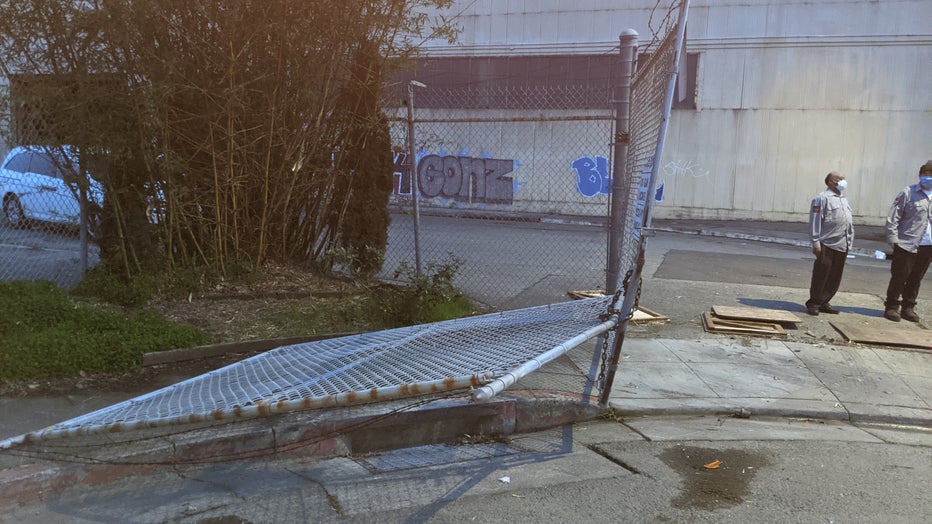 After repeat complaint calls, a city building inspector completed an inspection of the property in mid-January. KTVU obtained the violation notice served to Owens-Illinois for the graffiti, broken windows and trash.

The company said it regularly repairs breeched fencing and works to clean up vandalism. 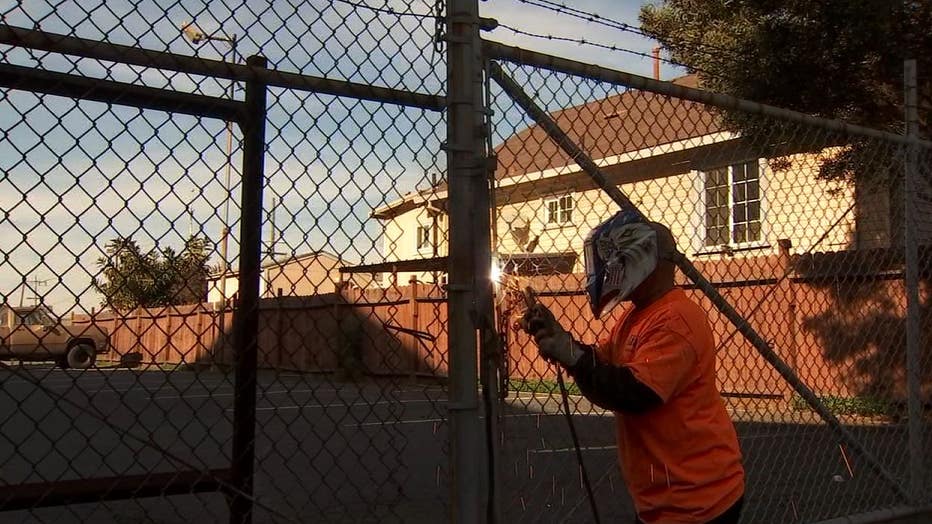 Since the inspection, fences and entry points had been welded shut or locked down, however, it was only temporary. Neighbors documented numerous occasions where further break-ins and crimes occurred in recent weeks.

Despite Owens-Illinois saying 24-hour security and lighting is in place, the plant has sat dark for months with no security seen. 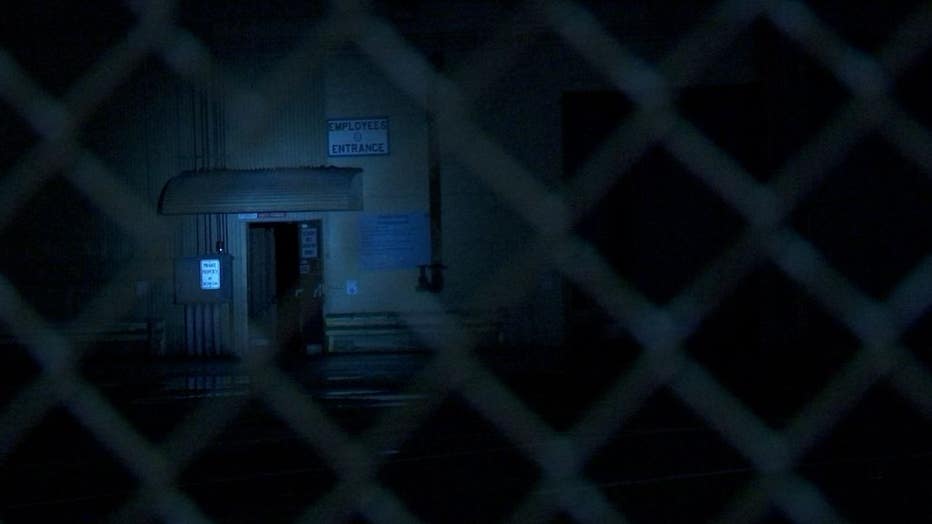 KTVU witnessed what appeared to be thefts and drug deals happening one February evening on sidewalks outlining the plant.

Oakland City Councilmember Noel Gallo, who represents the neighborhood, said he cleans up trash and blight every weekend there.

"The drug situation is out of control," he said. "If I don’t pick up 300 needles every Saturday, I didn’t pick up enough."

Gallo said it has caused the nearby Home Depot to threaten to leave and other businesses to consider closing. He acknowledged the city’s failures.

Specifically, Gallo said Alameda Avenue restricts parking, yet RVs, boats and even cars on blocks have sat for months and police have not ticketed those responsible. 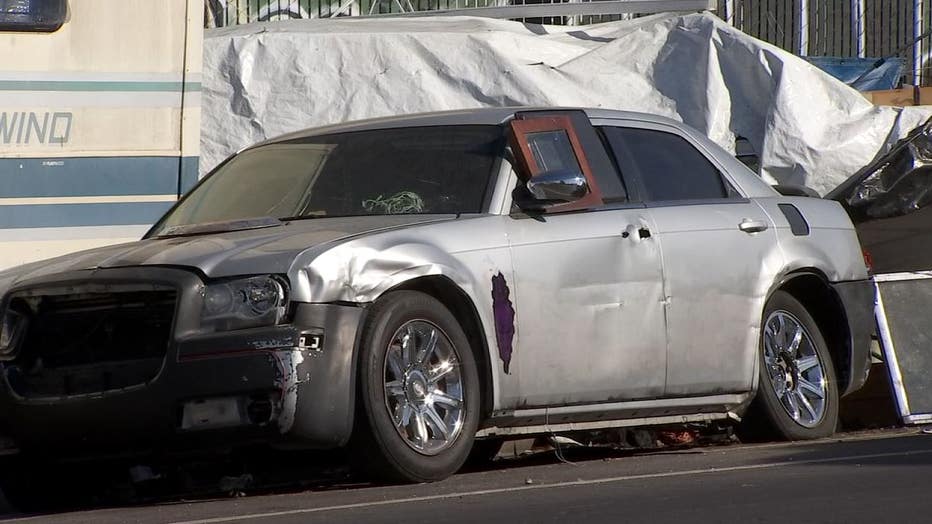 "It’s a free for all for them but anybody that’s paying taxes or living and working over here just gets the shit end of the stick," neighbor Deb Goeden said.

Oakland police would not comment on the issue when KTVU reached out. And Mayor Libby Schaaf declined an interview request, saying in part, "The blight is shocking and unacceptable. I expect the nearby public areas to improve soon, as we’ve restored police escorts so our encampment cleaning crews will resume their work…"

Break-ins have occurred at several businesses and neighbors describe difficulty in getting a timely police response.

Neighbors say many of the issues stem from those who live or visit the encampments in parking lots and along several nearby streets.

"Oakland looks like a trash can," Gray said. "It’s a shame I have to say I’m an Oaklander."