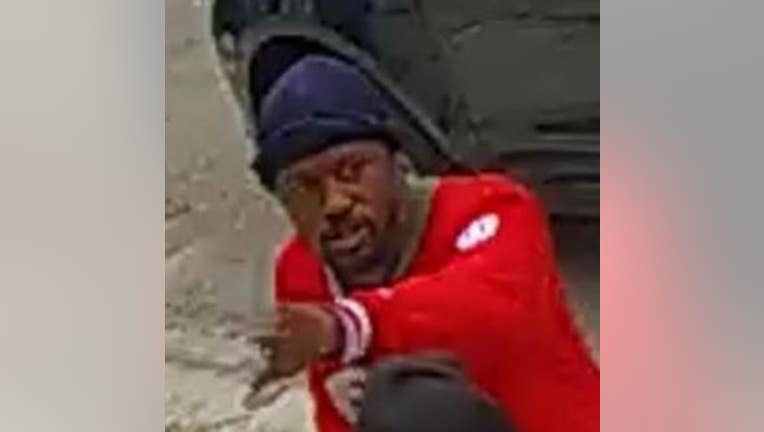 Oakland police released this photo of the man they were looking for following the assault on Aug. 28, 2022.  (Oakland Police Dept. )

Mercedes Dunlap, 33, was arrested on Thursday stemming from the assault in the 2900 block of Parker Avenue on Aug 28. Officers were called to the scene shortly after 9:30 a.m. on reports of a sexual assault.

The victim told police they were walking when an armed man approached them and told them to "shut up."

"The individual tackled the victim to the ground and began sexually assaulting them," police said in a news release, adding, "The victim screamed for help and yelled, ‘Call the Police!’" That prompted the suspect to run off with the victim's cell phone, investigators said.

Dunlap faced charges including assault with attempt to commit a sex crime, use of deadly weapon in a sex offense, robbery and felon in possession of a firearm.

He's being held at Santa Rita Jail in Dublin and set to be arraigned on Wednesday.

A robbery and attempted rape suspect is at large following the offenses Sunday morning in Oakland, police said.