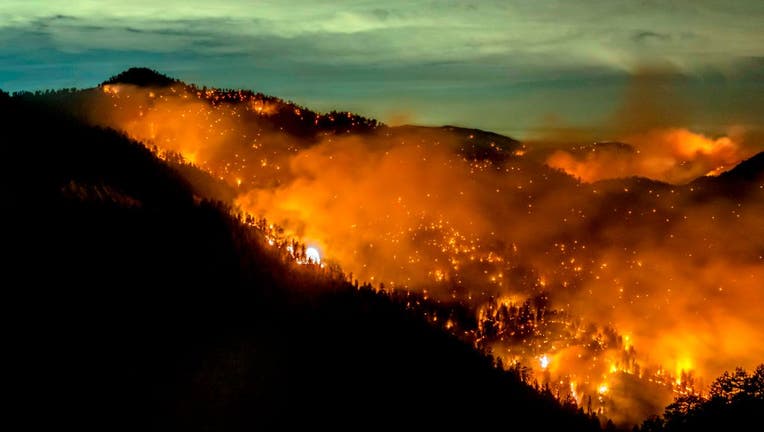 BOISE, Idaho - U.S. officials on Friday released an overarching plan for removing or changing vegetation over a huge swath of the U.S. West to stop devastating wildfires on land used for cattle ranching, recreation and habitat for imperiled sage grouse.

The plan released by the U.S. Bureau of Land Management aims to limit wildfires in a 350,000-square-mile area of mainly sagebrush habitat that includes parts of Idaho, Oregon, Washington, California, Nevada and Utah.

The plan, which cost about $2 million, originated during the Obama administration as officials sought to avoid listing sage grouse as protected under the Endangered Species Act, which could have severely limited mining, ranching and recreation.

Giant rangeland wildfires in recent decades have destroyed vast areas of sagebrush steppe ecosystems that support some 350 species of wildlife. Experts say the blazes have mainly been driven by cheatgrass, an invasive species that relies on fire to spread to new areas while killing native plants, including sagebrush on which sage grouse depend.

Sage grouse were never listed but remain imperiled. The Trump administration, while lifting restrictions on mining and other extractive industries, moved ahead with efforts to control the giant blazes that typically also destroy rangeland needed by cattle ranchers.

“Restoring sagebrush communities improves the sustainability of working rangelands and can reduce the expansion of invasive annual grasses,” Deputy Director for Policy and Programs William Perry Pendley said in a statement. “People in the Great Basin depend on these landscapes for their livelihoods and recreation, and wildlife rely on them for habitat.”

The plan released Friday does not authorize any specific projects. Instead, its analysis can be used to OK treatments for projects involving prescribed fires, fuel breaks and other measures to prevent or limit massive blazes that have worsened in recent decades.

Specifically, the agency said the document can be used to help local land managers comply with an environmental law, the National Environmental Policy Act, when land managers seek approval for specific projects.

“With this project, the BLM is clearly trying to write itself a blank check to do large and damaging vegetation removal without any further input or detailed analysis,” he said. “This is an agency whose track record of vegetation manipulation has overwhelmingly resulted in habitat destruction.”

In a related matter, the bureau last summer approved a plan to limit wildfires in sagebrush habitat in Idaho, Oregon, California and Nevada by building some 11,000 miles (18,000 kilometers) of fuel breaks on strips of land up to 165 yards (150 meters) wide.

Ecologists have offered mixed responses on that plan, noting it will fragment habitat and likely harm some wildlife, including sage grouse. However, they note, the massive and at times unstoppable wildfires can destroy huge chunks of habitat.

The plan released Friday could lead to more fuel breaks. Other treatments include mechanical removal of vegetation, prescribed fire, targeted grazing by cattle and revegetation.