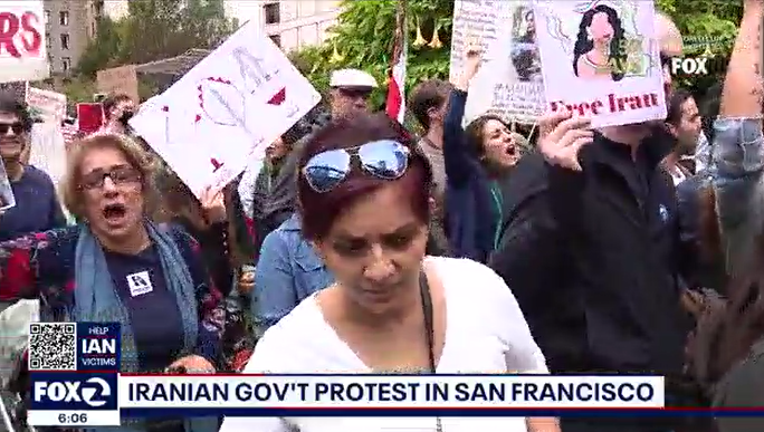 Protestors began at Union Square and eventually made their way to City Hall.

Similar protests have been happening all across Iran for weeks following the death of Mahsa Amini. The 22-year-old woman, died in police custody after being arrested and accused of improperly wearing her hijab, a religious head covering.

"My heart was devastated. That could have been me. If she did not bring me here, that could have been me," said Sheila, who was born in Iran but immigrated to the U.S. with her mother. "We have family that are still in Iran. We cannot hear from them, we cannot see them, I don’t know if they’re alive, I don’t know if they’re dead, we need our rights."

The human rights organization, Amnesty International, reports that at least 52 protesters have been killed since the demonstrations began on September 17. More than 1,500 demonstrators have reportedly been arrested.

Organizers of the San Francisco demonstration, said that they are hoping the U.S. government will hear their pleas.

"We need to be acknowledged, and we need them to stop negotiating with this Islamic regime. Our families are held hostage in Iran today," said Nizania Balsa, a protest organizer.