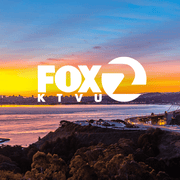 Pacific Gas & Electric is continuing to work around the clock to restore power to pockets of several communities in the East Bay.

Storm preparations are in full gear across the Bay Area with Sunday’s atmospheric river system expected bring heavy rainfall to the region.

An artist in Oakland is asking for the public's help after someone smashed through a gallery window allowing a thief to make off with one of his artworks. It happened Tuesday evening, just days before the local artist was scheduled to show his works at an opening, and the whole heist was captured on surveillance video.

Family members of an Oakland man who was shot and killed by FBI agents in September gathered once again on Saturday to demand the release of surveillance video of the shooting.

A high speed police chase Friday afternoon ended with a public bus slamming into a home in Oakland. The stolen car that California Highway Patrol was pursuing is believed to have caused the crash.

Police are still searching for a driver who stabbed a skateboarder in the community of Pleasant Hill on Wednesday evening.

Cruise ships are docking in San Francisco again and crowds are flooding to Giants stadium. Tourism is making a rebound all over the Bay Area.

Researchers at Stanford University have been running a pediatric study of the Pfizer vaccine and were among the first in the nation to administer the shot to young children.