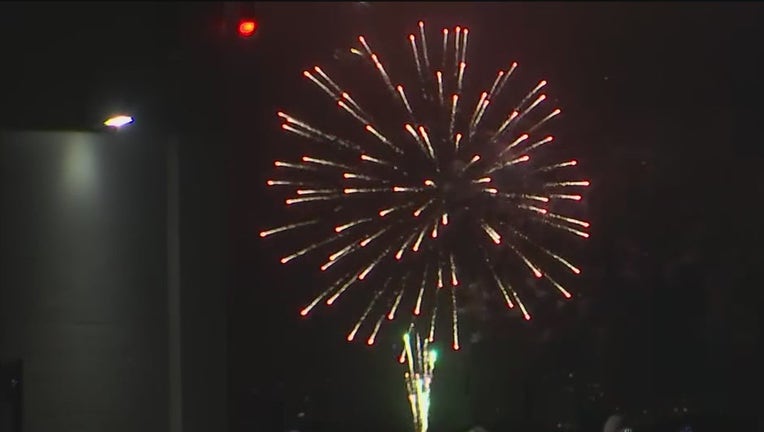 SAN FRANCISCO - In the age of uncertainty, one thing you can count on is event cancellations. Word broke Tuesday in an announcement from city health officials, along with Mayor London Breed, that the annual San Francisco New Year's Eve fireworks display is canceled over public safety concerns due to the omicron variant surge.

This marks the second year in a row the event has been canceled due to the coronavirus pandemic. The event has traditionally attracted hundreds of thousands of NYE revelers who gather along the waterfront, with some of the best views near the Ferry Building.

A statement from the Department of Emergency Management reads, "The decision was made after closely monitoring local health indicators and impacted public safety staffing levels."

While the city is 84% fully vaccinated and 55% boosted against the novel coronavirus, word of New Year's Eve nightlife and event cancellations began to trickle in this week.

Venues including The Chapel, and Oasis are closing their doors on New Year's Eve, despite planned events, as a precautionary measure. Concert venue The Great American Music Hall has canceled a two-night stand with The Melvins that was scheduled for Dec. 30 and 31. Others, like The Knockout and The Detour are choosing to close ahead of the holiday and will reopen. Several bars and clubs' social media pages say bar staff and employees have already been negatively impacted by this most recent surge.

According to the state dashboard, California on Tuesday became the first state to top five million cases amid the omicron surge.

City officials cite the recent increase in holiday travel and gatherings as a factor to their reasoning for canceling the fireworks. "The City is taking all necessary and precautionary steps to manage the highest transmissible COVID-19 variant we have seen to date," the statement read.

"While we are all understandably eager to ring in a new year with San Francisco’s customary New Year’s Eve fireworks show, we must remain vigilant in doing all we can to stop the spread of the COVID-19 Omicron variant," said Mayor Breed.

Limiting public in-person events will also help protect the city's first responders who are susceptible to exposure to the virus.

"The cancellation of the traditional fireworks display will allow us to focus our resources on emergency services and day-to-day operations without the addition of large crowds and the potential incidents that arise from such crowds." said Chief Jeannine Nicholson, San Francisco Fire Department.

The annual city-sponsored fireworks show was scheduled to start one minute before midnight and runs about 20 minutes.