Firefighters currently have a handle on the brush fire that broke out this morning in San Jose.

Firefighters brought the fire is under control before noon, but authorities were still putting out hot spots.

The fire was located at Schallenberger Road and Oakland Road. Units from the San Jose Fire Department were dispatched by 10:28 a.m., and officials estimate that the fire burned 5,000 square feet. 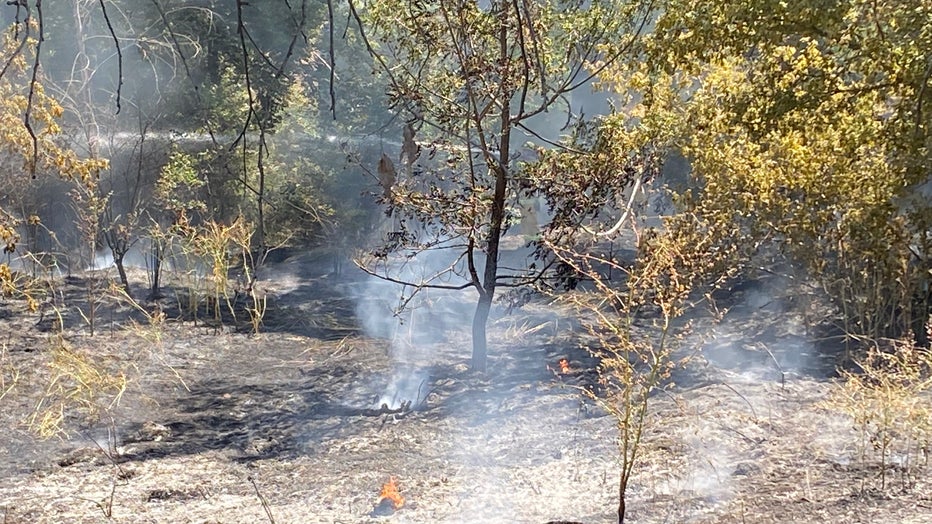 Authorities emphasized the high potential for the fire to spread, considering the rising summer heat along with the surrounding dry brush and trees.

Fire risk significantly increases with heat, and Bay Area temperatures are already climbing and expected to peak in the next two days. The National Weather Service issued a heat advisory for Tuesday in many inland areas.

There is not currently any confirmed information on the cause of the fire.