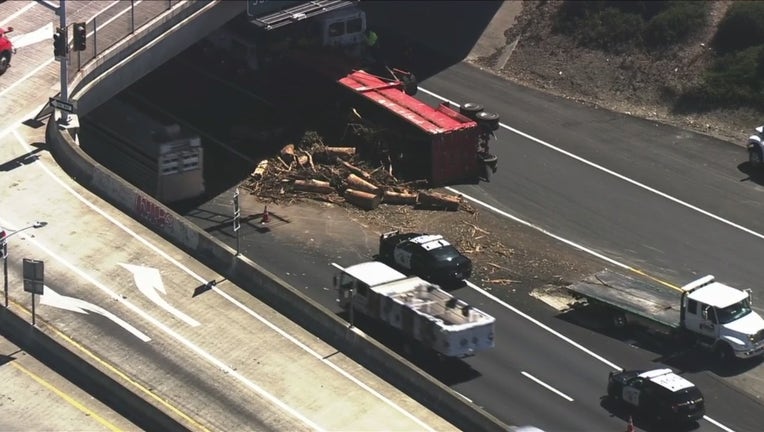 PINOLE, Calif. - The California Highway Patrol has issued a Sig-Alert for the eastbound direction of I-80 in Pinole after a big rig carrying logs overturned, spilling its load across the roadway and blocking traffic.

The accident was first reported at 9:47 a.m., just west of the Fitzgerald Drive on-ramp, according to CHP incident logs.

According to the CHP, several vehicles have pulled over to assist, and at least one lane of traffic is blocked.

There's no word if anyone was injured, or if any other drivers were involved in the crash.

Motorists should avoid the stretch of I-80 eastbound for the next couple hours as crews clean-up debris.