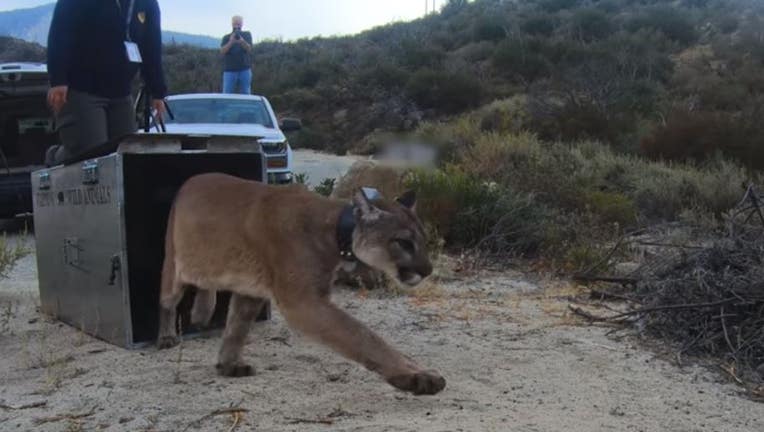 A 7-year-old mountain lion injured in a Southern California wildfire was released into the wild after one month of treatment. (Credit: California Department of Fish and Wildlife. )

OAKLAND, Calif. - A mountain lion who suffered serious burns to her paws in a Southern California wildfire earlier this year was released back into the wild after a month of veterinary treatment.

The lion, injured in the Bobcat Fire, was nursed to health by members of the new Wildlife Disaster Network, which was recently established to treat animals injured by wildfires or other disasters.

Video shared by the California Department of Fish and Wildlife shows the moment wildlife biologist Amelia Viera lifted the door of the transport carrier, sending the big cat back where it belongs.

Viera was the biologist who captured the lion after a homeowner in Monrovia found the animal licking her injured paws. She described the animal’s journey as the “ultimate success story.”

Earlier this month, a 370-pound bear injured in the North Complex Fire underwent a treatment of sterilized fish skin bandages applied to its burned paws. The Wildlife Disaster Network released the bear into the wild earlier this month. Another bear, this one burned in the Zogg Fire, is still receiving treatment. 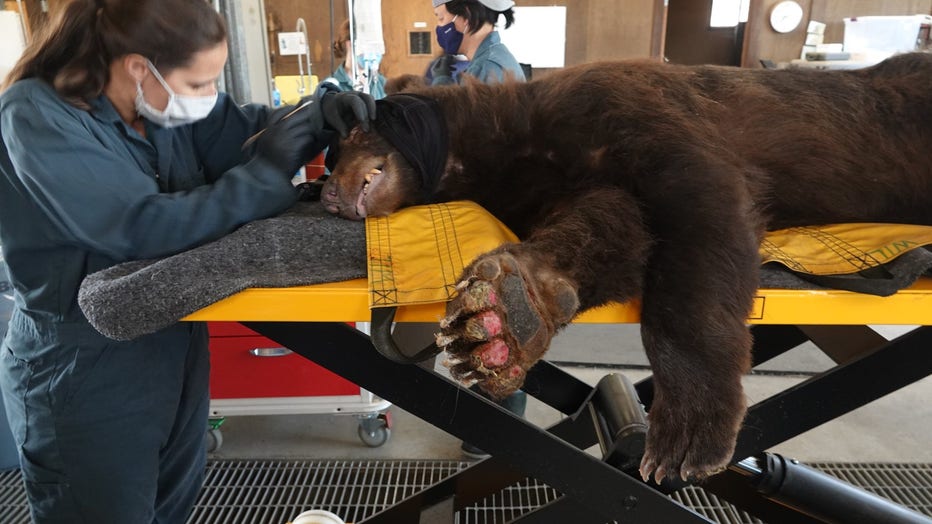 California firefighters have had an exceptionally busy fire season, with over 4 million acres burned. Nearly 5,000 firefighters continue to battle 22 wildfires spread throughout the Golden State, according to a statewide summary provided by Cal Fire on Wednesday.