Old evidence and new technology is providing clues to help crack a decades-old cold case where both the killer and the victim have never been identified. In 1985, a woman, now called Jane Doe, was found shot and killed in the remote wetlands area off Mowry Avenue in Newark. To this day, no one knows who she is.

NEWARK, Calif. - Old evidence and new technology is providing clues to help crack a decades-old cold case where both the killer and the victim have never been identified.

In 1985, a woman, now called Jane Doe, was found shot and killed in the remote wetlands area off Mowry Avenue in Newark. Detectives said two hunters discovered the decomposed and nearly unrecognizable body and called police.

To this day, no one knows her name or who she is.

"Unfortunately, nobody knows or knew that Jane Doe existed," Detective Todd Nobbe said. "There was no identification, no purse found, nothing that would immediately give us a name."

Nobbe reopened the case a few years ago. While the woman’s body was cremated, Polaroid photos were taken of her skull along with a clump of rootless hair, both of which remained in the evidence file.

It first led the detective to Astrea Forensics in Santa Cruz where scientists now have the ability to break down and extract DNA from even the tiniest strands. 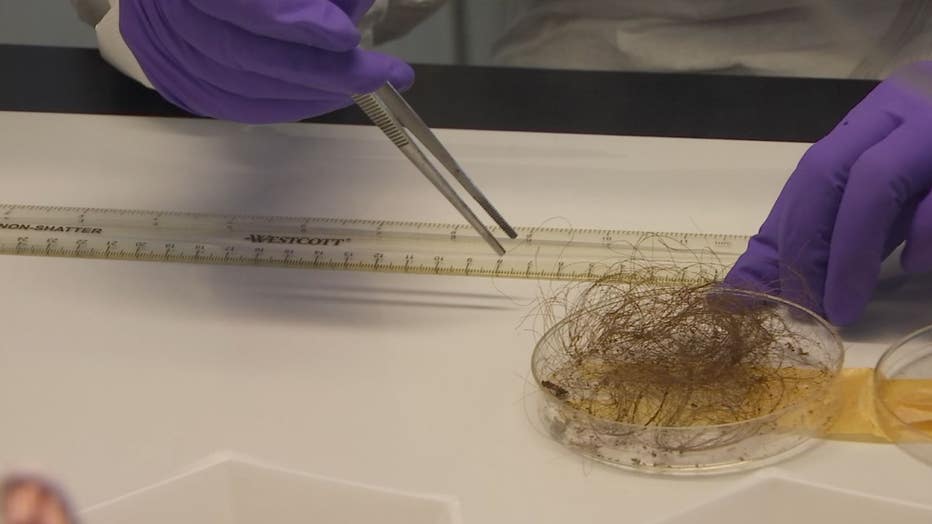 Astrea Forensics in Santa Cruz extracts DNA from strands of rootless hair belonging to Jane Doe and collected following her murder in 1985.

They say advanced computers are used to find patterns and sequence the DNA. And from there, profiles are built to create a sort of roadmap.

Those DNA profiles are then passed to genealogists who are tasked with trying to tie DNA matches to specific people.

Newark Police Department partnered with nonprofit DNA Doe Project, which builds and uses that genetic information to identify John and Jane Does.

"Our job is to build out their family trees and look for connections between those family trees," Cairenn Binder with DNA Doe Project said. "From there, we build back down the family tree to try to find a John or Jane Doe that is consistent with the age and location that we know our Doe to be from."

Volunteers have solved dozens of unidentified persons cases across the country using genetic genealogy. The same methods were used to find the Golden State Killer, uploading DNA to online tools that help pinpoint common segments of DNA leading to a specific ancestor.

"They helped lead me down that path of who the mother of our Jane Doe might be," Nobbe said.

However, that potential mother, Marian Marie Richardson, of a small town in Missouri near the Kansas border, is no longer living. Interviews with family members did not provide any connections to California. Instead, Nobbe said they pointed to a distant relative in Texas and a woman named Ruth Ellis, who may be related to Jane Doe.

Ellis was adopted when she was only a month old, but agreed to provide her DNA. Unlike traditional tests with dozens of DNA markers, genealogists say new DNA tests have hundreds of thousands of markers.

"These tests are very, very advanced and can predict relationships with much more accuracy and much farther than a traditional DNA test," Binder said.

Ellis’ test showed she was a match and potential half-sister to Jane Doe.

"Of course I didn’t know her and didn’t know she existed," Ellis said. "It was…just the strangest thing. I was amazed. I couldn’t believe it, but it was true because the DNA proved it."

Investigators said they think Jane Doe may also have been adopted in the 1940s, like Ellis, causing her to end up in California. So far, a search through adoption records has come up empty and no one ever reported her missing. 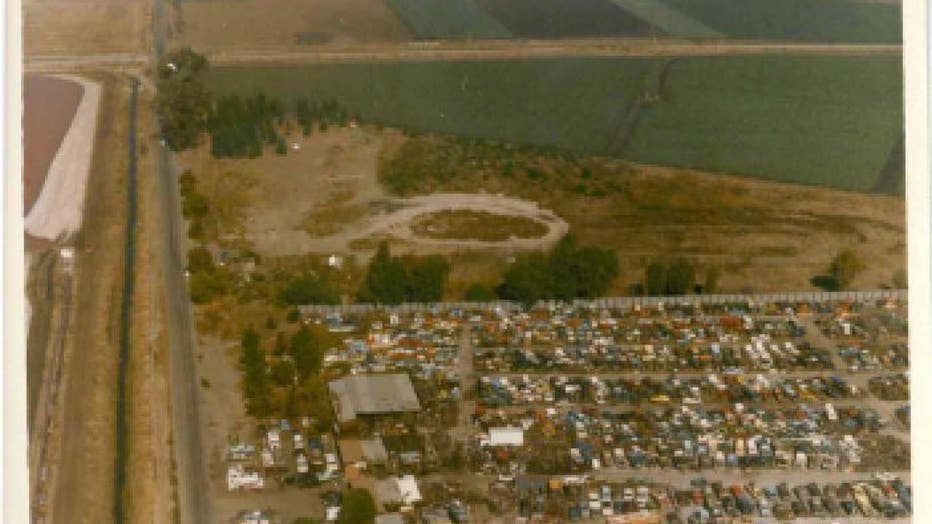 Jane Doe's decomposed body was found in 1985 by hunters in a remote marshlands area near Mowry Avenue in Newark.

Federal records show Jane Doe listed as one of the 2,800 unidentified missing persons cases in California and one of the 14,000 unsolved cases nationwide.

Determined, Nobbe fell back on the Polaroid photos of her skull and enlisted help from forensic imaging specialist Jorge Molina with the Texas Department of Public Safety.

Using those pictures, he created a 3D model of the skull and from there was able to produce two new computer drawings of what Jane Doe might have looked like in 1985.

"The skull serves as sort of a map for the face," Molina said. "And that’s really all we’re trying to do is create an image that can trigger recognition from the public." 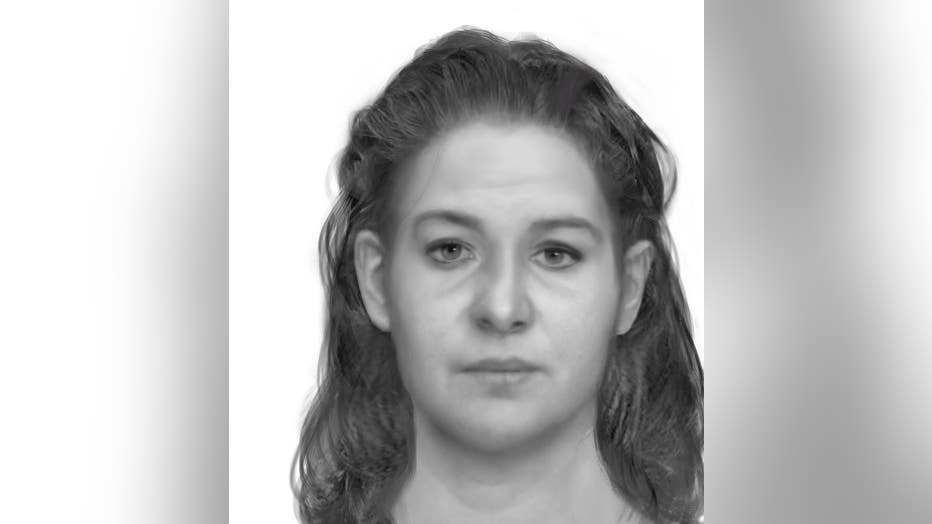 Reconstructed image of what Jane Doe might have looked like near the time of her death in 1985 produced by the Texas Department of Public Safety.

Molina had no knowledge of Ellis or her connection to Jane Doe. But when she saw the drawings Molina produced she was surprised.

"I thought, oh my God she looks like I did when I was younger, much younger," Ellis said. "She also had a lot of characteristics…facial with kind of a long face and a pointy chin of our birth mother's."

But even with the forensic advancements, Jane Doe’s real name is still not known. And neither are the circumstances surrounding who murdered her, why and how she ended up in the Newark marshlands.

"Once we put that name to her, that will lead me to maybe where she worked, who her friends were, who her family was, and who she hung out with," Nobbe said. "And help lead me to who possibly the killer was."

Any information or anonymous tips related to this homicide cold case can be directed to the Newark Police Department at 510-578-4965. 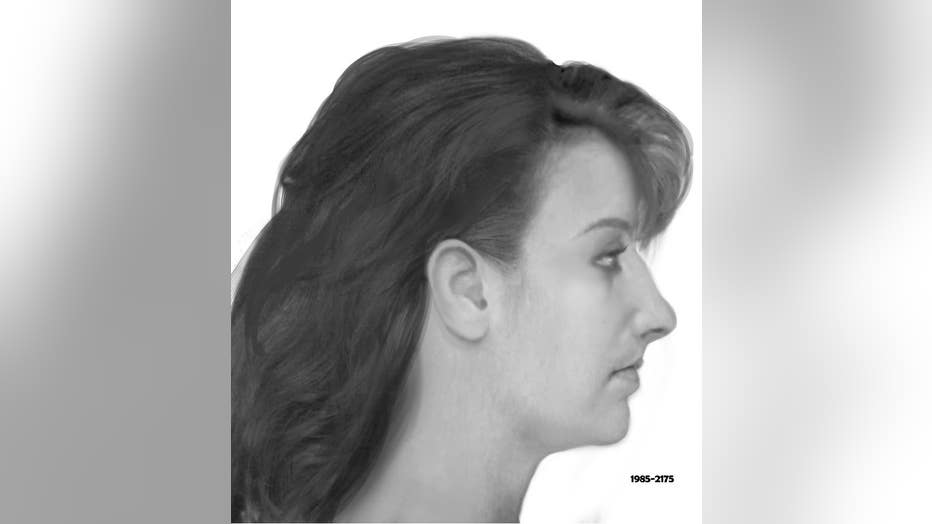 Reconstructed image of what Jane Doe might have looked like near the time of her death in 1985 produced by the Texas Department of Public Safety.