A roving caravan of thieves in a Lexus SUV were caught breaking into an Oakland dispensary.

The video shows that after the Lexus took down the metal door, a group of people walked inside the storefront on Wednesday about 4 a.m. to help themselves.

The general manager of the shop said the dispensary was cleaned out.

"They pulled up, three cars about 7 to 8 guys," said Hilary O'Brien. "They knew what they were doing. They’ve been trying to hit us for months and we keep thwarting them with our security. They knew exactly what they were doing today. They came with a plan, and they executed it. And they breached the building and they had about 6 or 7 minutes inside. And they took about $21,000 worth of product."

This is the latest burglary of a marijuana dispensary in the East Bay involving roving caravans of thieves.

San Leandro police this week released body camera video of an officer shooting a dispensary thief suspect in the leg after a burglary at SilverStreak dispensary in January. 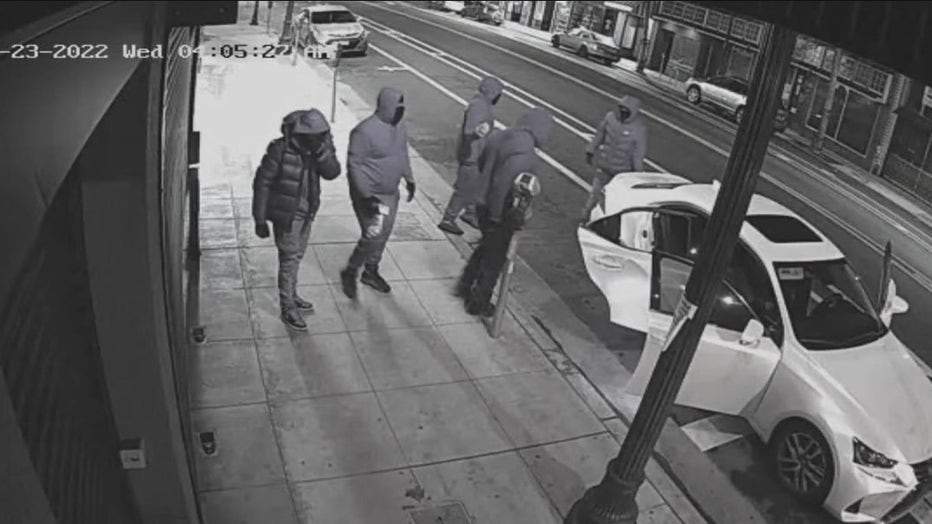