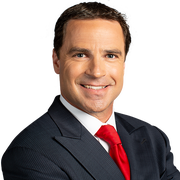 My parents are native San Franciscans. My three siblings were born in the Bay Area, but I was actually born in Jakarta, Indonesia.

My father worked for Bechtel and we lived overseas for quite some time. So when I was born, the family happened to be in Indonesia. Three years later my father passed away, and my mom and my siblings settled in Marin.

I attended high school at St. Ignatius College Preparatory in San Francisco (Class of '94) and then it was off to College of Marin for a few years. Home of the Mariners.

I transferred to the University of Colorado at Boulder, Go Buffs, to study broadcast news. I was denied entrance into the J-School two times. I never quit. I applied a third time, and was accepted. I graduated in May 2000.

I began my career at WIBW in Topeka, Kansas. My news director at the time told me I had a lot to learn before becoming a reporter! So he basically cut me a deal-- I would start as a photographer, and over the weeks and months he would teach me about reporting.

Jon Janes, thank you. Shooting and editing taught me a ton about how to report, how to write, how to tell a story. After a while, I was one man banding in Topeka!

After Topeka, I traveled to KVOA in Tucson, Arizona where I had my first five day a week reporting gig. Couple years in I had the opportunity to anchor the weekend evening newscasts.

In March of 2005.. the dream came true. I was hired on by KTVU as a general assignment reporter Wednesday-Sunday. Since then, I helped launch Mornings on 2 Saturday and Sunday, co-anchoring with Claudine Wong.

I love my 49ers and SF Giants, and heading up to Lake Tahoe. I enjoy relaxing on the beaches along the Marin and Sonoma coasts and the trails up on Mt. Tam.

I'm married with two amazing children! We're big dog fans and currently have our black lab Sadie who we adopted in November of 2018.

I coach youth sports and just love being in the Bay Area. Working here is an honor.

I made a promise a long time ago to my late father, and I've been blessed to make the round-trip home! 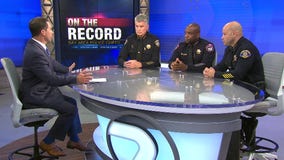 KTVU News Anchor Mike Mibach sat down with 3 Bay Area Police Chiefs for an open conversation about a number of policing topics in their cities, and across the country.