The first Bay Area atmospheric river of the winter season will be making landfall this week and is expected to produce significant precipitation across most of the state.

OAKLAND, Calif. - The first Bay Area atmospheric river of the winter season will be making landfall this week and is expected to produce significant precipitation across most of the state.

Meteorologist Mark Tamayo interviewed Forest Cannon a researcher with the Center for Western Weather and Water Extremes (Scripps Institution of Oceanography). The group has been closely researching atmospheric rivers and developed a scale to describe each event (AR Level 1 to AR Level 5).

The following interview talks about the meteorology and science that define an atmospheric river. Each event may also have its own unique characteristics and that is where the research comes in. 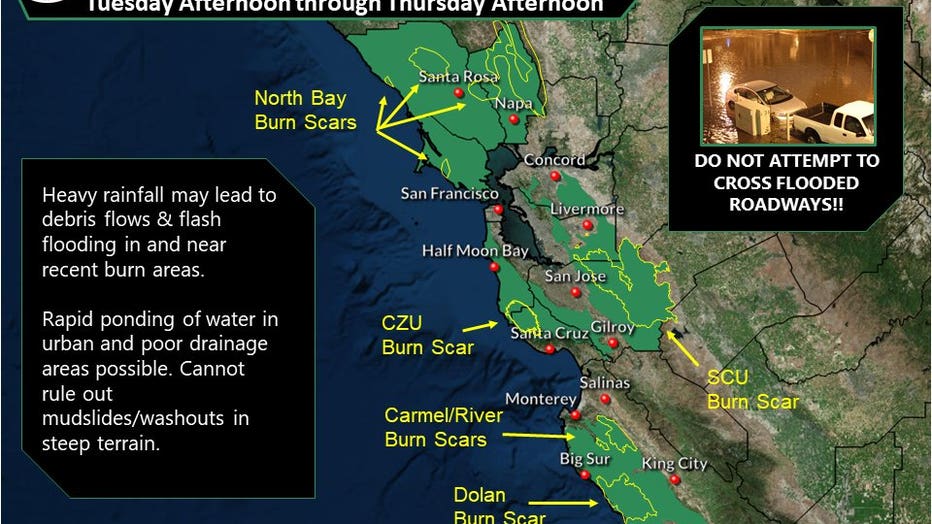 Research with the current event started last week and continues this week with the help of special aircraft. Flight routes have been designed to fly into the storms and capture valuable data.

According to Cannon, the upcoming Atmospheric River event will be a level 1 for most of the Bay Area. Level 2 conditions can be expected to the south. While an AR Level1 is on the low end of the scale, the Bay Area should be prepared for hazardous conditions (heavy rain and wind) especially in the wildfire burn scar areas.

Download the KTVU Weather App for free to your iOs or Android device.