Interim D.A. Brooke Jenkins speaks on election night with a comfortable lead over her opponents in the race.

Election officials were still counting ballots and her opponents had not yet conceded defeat, but Jenkins said she had the votes to remain in office.

The early figures show that Jenkins has 48% of the votes compared to her closest opponent John Hamasaki who tallied 34% of the votes. There were still 104,000 uncounted ballots, according to data on San Francisco's election website.

"It is an honor of a lifetime to be elected and I pledge that improving and promoting public safety will be my and our office’s top priority," Jenkins said. "Together, we proved that San Franciscans want accountability and smart reforms in and for our criminal justice system."

Her campaign focused on the idea that the city needs a tough prosecutor to curb rampant drug use and assuage fears about violent crime.

Jenkins was appointed interim district attorney by Mayor London Breed last summer in the aftermath of the successful effort to recall her predecessor and former boss, Chesa Boudin. She is the city's first Black and Latina D.A.

Speaking on election night, Jenkins thanked supporters, in what sounded like an early victory speech, "You represent that the tide has turned in San Francisco, that we can be a democratic city, that we can be a liberal city, but stand for public safety."

She told KTVU that the people have spoken and approve of the "new way we are doing the work. They support the work we're doing and my vision for public safety."

To see the vote totals in the San Francisco DA's race or other contests in the city, visit the Board of Elections website. 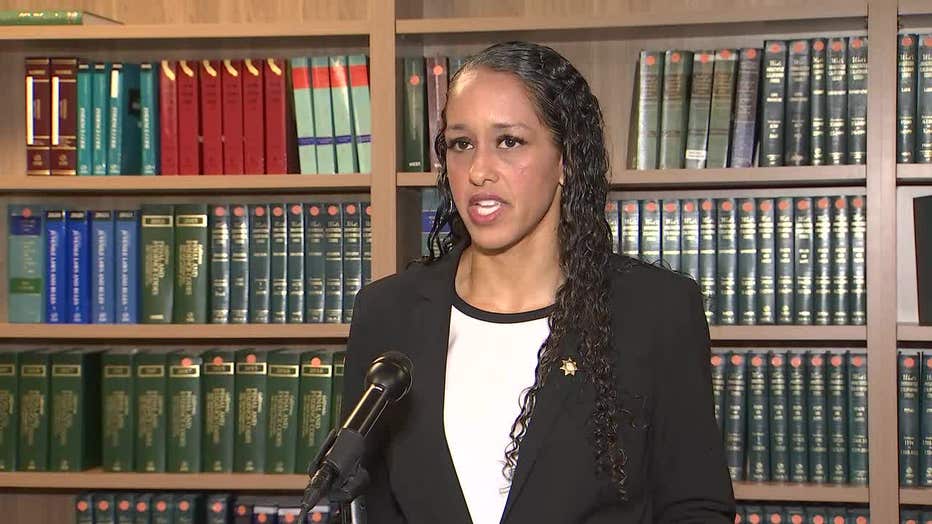 Since taking office, she has positioned herself as someone who would more aggressively prosecute criminal cases, saying she might seek murder charges for drug dealers whose customers overdose. The recent hammer attack on Paul Pelosi thrust her into the national spotlight as she announced attempted murder charges against the alleged attacker.

Jenkins was affiliated with the recall effort to oust Boudin, who she criticized as being soft on crime. Her affiliation with nonprofits and the fact that she was paid some $100,000 as a consultant in the recall effort placed a shroud of controversy over her campaign bid. At the time, Jenkins countered she was using the opportunity to leverage her career and provide income for her family. A month ago, she was subject to a state bar complaint filed by a retired California Superior Court judge who called for an investigation of Jenkins for possible misconduct. The judge was a donor to one of her political opponents, John Hamasaki. Jenkins dismissed the complaint as a political attack.