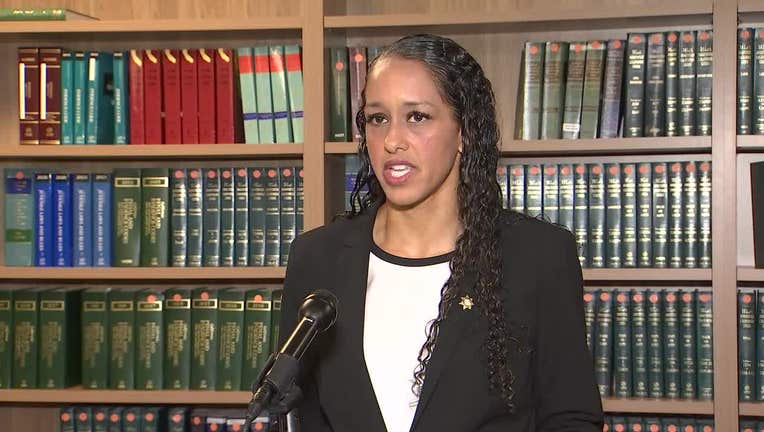 The misconduct allegations outlined in the complaint date back to a case Jenkins prosecuted in 2014 as the assistant district attorney. In 2016, a San Francisco appellate court reversed convictions in the case as a result of prosecutorial misconduct by Jenkins.

A press release from The Wren Collective, a research and policy group dedicated to criminal justice reform, said, "the appellate court found that Jenkins was guilty of a form of misconduct known as Griffin error, when a prosecutor violates constitutional protections by improperly commenting to the jury on a defendant’s failure to testify."

The claim accuses Jenkins of lying last month during a district attorney candidate debate when she said, "I want to make clear first and foremost never have I ever been found to have committed misconduct in a case."

Aside from allegations of lying, the claim accuses Jenkins of false and misleading representations, criminal conduct, and deceptive claims of attorney-client privilege.

Jenkins dismissed the complaint, saying it was merely a political attack designed to hurt her reputation.

"This is a completely baseless complaint, filed by a well-documented supporter of a political opponent who is a retired Los Angeles-based judge that I never appeared before.  In addition, these complaints are supposed to remain confidential, which is another sign that this is politically motivated," Jenkins said in a statement. "Let me be clear, I hold myself to the highest possible ethical standards and I have never been found by a judge or otherwise of any wrongdoing."

The City and County of San Francisco Ethics Commission website shows Goldin has made a contribution to John Hamasaki's political campaign. He's running against Jenkins in the D.A.'s race next month.

The basis for some other allegations stems from Jenkins' work as a consultant for nonprofit groups closely tied to the recall of former D.A. Chesa Boudin, as was first reported in The San Francisco Standard.

The complaint alleges Jenkins' portrayal of her employment by the nonprofits with connections to what she claimed was a volunteer position has been, "dishonest, deceitful, and either reckless or intentional misrepresentations."

Part of the complaint states, "If Jenkins was a paid campaign consultant, she did not register as such." The complaint lists this failure to register as a violation of San Francisco's Campaign and Conduct Code, further stating it is a criminal misdemeanor.

"One of the most fundamental duties of attorneys, enshrined in various statutes and California State Bar Rules, is to be honest. This duty is particularly essential for a District Attorney, who represents ‘The People’ in Court," said Judge Goldin, who served on the bench for 16 years.

Jenkins was appointed to her position by SF Mayor London Breed this past summer, following the recall of D.A. Chesa Boudin. Boudin had campaigned as a criminal justice reform candidate when he was elected to office in 2019.

With Jenkins in office, many have observed the pendulum has swung in the opposite direction. She recently faced criticism from the SF public defender, among others, for what is perceived as a renewed war on drugs, that would disproportionately jail poor people and people of color.

Jenkins has claimed she will take action to stop open-air drug use that has been commonplace in the city's Tenderloin neighborhood.  Just this week, law enforcement officials, including the D.A.'s office, announced a drug bust in that very neighborhood that landed a suspected drug dealer in jail, who was in possession of nearly eight pounds of fentanyl.

"Instead of the honesty required of her as a member of the State Bar of California, Brooke Jenkins has engaged in numerous dishonest and deceitful acts over the several months preceding and during her tenure as interim San Francisco District Attorney," said Goldin.

Goldin is calling for a State Bar investigation of Jenkins, as well as sanctions to hold her accountable for misconduct.

Read the statement of complaint: