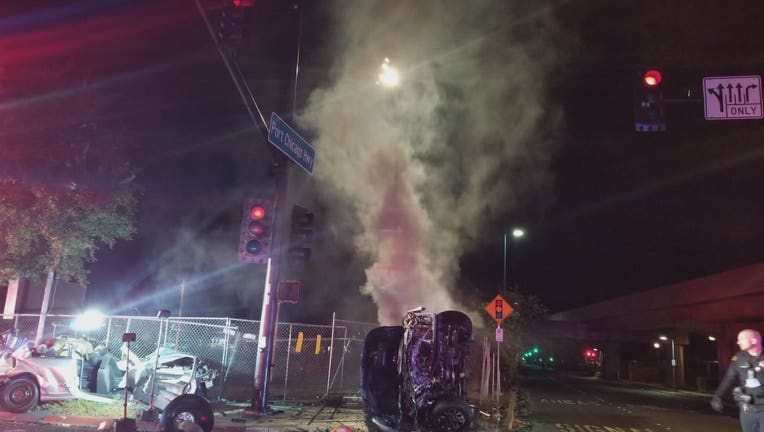 Seven people were injured in a traffic collision on Port Chicago Highway on Oct. 21, 2021

CONCORD, Calif. - Two people are dead after a single-car crash on Port Chicago Highway in Concord early Monday morning, one day after seven people were hospitalized on a nearby stretch of road, police said.

A 51-year-old woman who was a passenger in the vehicle, which was headed in the northbound direction near High School Avenue when it hit a light pole about 1:45 a.m., was the first to die, according to a release from police.

The driver, a 37-year-old man, has now also died. He was initially taken to a hospital with major injuries.

Their deaths follow on the heels of a traffic collision on Sunday about a mile away, which sent seven people to the hospital.

That collision was reported at the intersection of Willow Pass Road and Port Chicago Highway.

Seven people were injured in a crash in Concord.