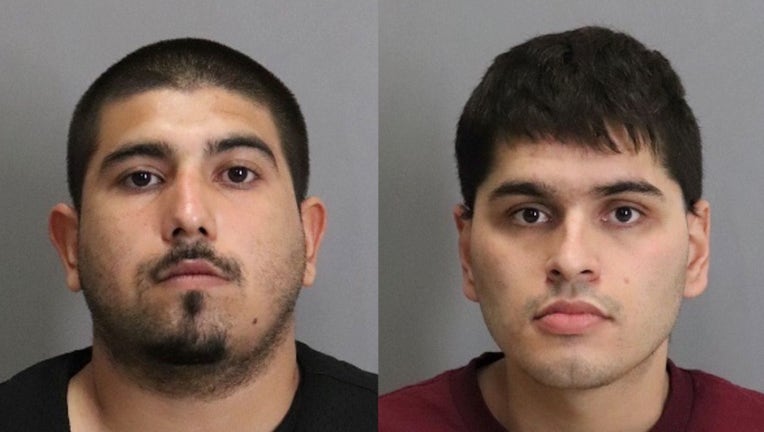 SAN JOSE, Calif. - Two men have been arrested in connection with a fatal shooting on Halloween last weekend in San Jose, police said.

Efrain Anzures, 27, and Alfred Castillo, 26, are in custody following the shooting reported at about 3:40 p.m. Sunday in the 5200 block of Great Oaks Drive, where officers arrived and found a man suffering from at least one gunshot wound. He was taken to a hospital and died there, according to police.

Both of the suspects are residents of San Jose.

The name of the man who died in the shooting, as well as a possible motive for the killing, were not immediately available.