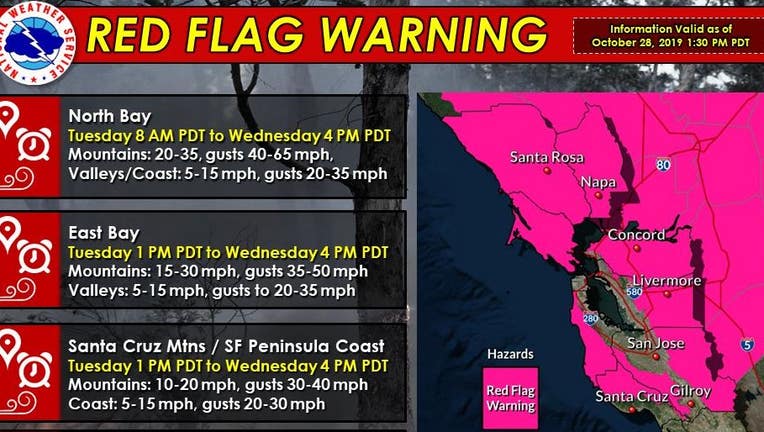 The National Weather Service has issued a red flag warning from Tuesday through Wednesday as another round of gusty winds combined with very low humidity is expected to create critical fire weather conditions.

The Red Flag Warning is scheduled in the North Bay from 8 a.m. Tuesday until 4 p.m. Wednesday. The mountains are expected to get wind gusts between 40-65 miles per hour.

Pacific Gas & Electric announced Sunday that it is again reviewing data and may shut off power Tuesday and Wednesday for hundreds of thousands of residents in Northern California as fierce winds, which have reached up to 100 mph this weekend, continue to stoke wildfires burning up and down California.

An estimated 965,000 customers in 30 counties--about 2 million people-- had their power shut off this weekend during the utility's second "public safety power shutoff. ''