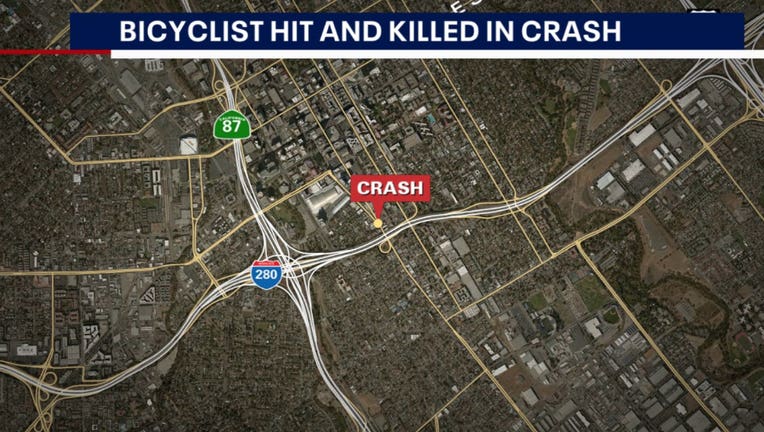 SAN JOSE, Calif. - A man riding a bicycle was killed early Sunday morning by a wrong-way driver of a pickup truck that fled the scene, San Jose police said.

Officers responded just before 4:30 a.m. to a report of a collision in the area of South First and Reed streets and located a bicycle rider down in the roadway. He was pronounced dead at the scene by paramedics.

The man had been riding southbound on South First Street when he was struck by a dark colored Chevrolet Silverado type truck going northbound in the southbound lanes, according to the preliminary investigation. The truck fled the scene and has not been located, police said.

The identity of the victim will be released by the Santa Clara County Coroner's Office after it is confirmed and next of kin are notified.

The death marks the city's second fatal traffic collision and second victim of 2021.

Police are seeking the public's help in locating the pickup, a dark black or blue, newer model Chevrolet Silverado with a cover over the bed and front-end damage.

Anyone with information on the investigation is urged to contact Detective Matt Templeman of the Traffic Investigations Unit at (408) 277-4654.