The father of the Tyrell Wilson, who was shot and killed by Danville police officer Andrew Hall, said he wants Hall to be criminally charged for killing his son.

MARTINEZ, Calif. - Contra Costa County Sheriff David Livingston wrote his entire staff a letter, telling them what a "sad day" it was after a judge sentenced a former deputy to six years in prison after fatally shooting a 33-year-old mentally ill, Filipino man who had been knocking on doors in a neighborhood he used to live in and then drove away from authorities at 6 mph.

The letter begins: "Today is a sad day for the Sheriff's Office, the community we serve and law enforcement in general."

Written on March 4 – the day that Judge Terri Mockler sentenced former Deputy Andrew Hall to six years in prison – Livingston noted what he described an "unusually long sentence by any measure."

But the judge obviously disagreed.

In court, Mockler told Hall that he "made extremely poor choices" before he pulled out his gun and shot Laudemer Arboleda in November 2018. The judge said that Arboleda "did not deserve to die for evading a police officer" and there was no justification to shoot him.

However, the sheriff made no mention of Arboleda or the man's death in four-paragraph letter, obtained by KTVU. 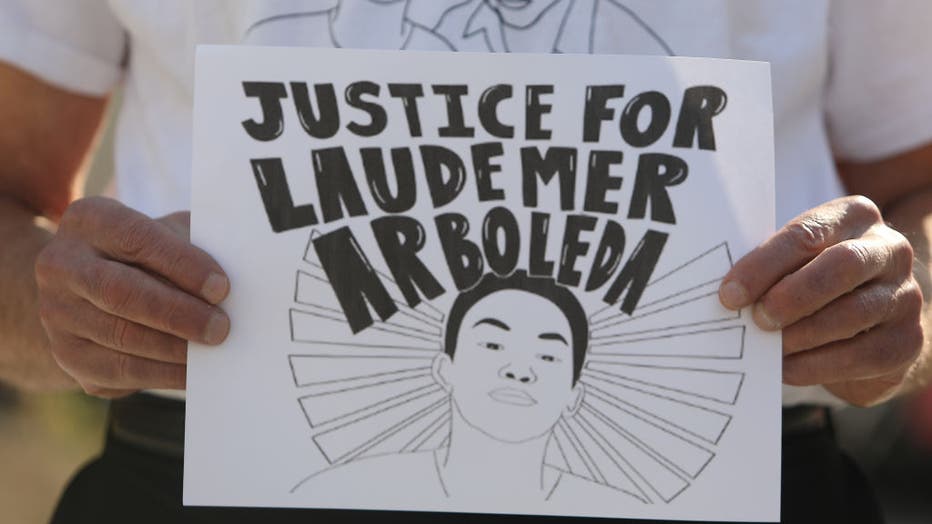 Instead, Livingston noted that Hall served with "honor and distinction," handled "thousands of calls for service" and was "well received by the citizens of our county."

Livingston noted that his own Internal Affairs investigations unit had cleared Hall of any wrongdoing, determining he was within policy when he "was forced to use deadly force to protect himself that day," firing nine times into Arboleda's car.

In court, it came out during testimony that Arboleda, who had a great fear of police, was trying to drive away at 6 mph.

"For our district attorney to charge a deputy sheriff, or any peace officer, for a crime based on a split-second tactical decision is abhorrent," Livingston wrote. He then attacked Becton for using this case in her campaign material.

Livingston ended the letter with a big thank you to his staff – especially for their sacrifice and commitment to the community.

"Most importantly," he wrote. "I have your back."

And Arboleda's civil attorney, Adante Pointer, was incensed at how Livingston characterized a former deputy who is a "convicted felon who cost the county $10 million and killed two people."

"This spits in the face of the jury, the legal system and the public," Pointer said on Friday.

Added Civil rights attorney John Burris: "His criticism of the DA, and of the judge, is outrageous."

Burris said Wilson's death "is largely the responsibility and on the hands of the sheriff. It was the sheriff, who in fact could have reassigned this person, taken him away, put him in another position."

Arboleda is not the only man that Hall killed on duty.

Roughly three years later, Hall shot and killed Tyrell Wilson in March 2021 when the Black and mentally ill man pulled out a knife as Hall was trying to ask him questions about some rock throwing on the freeway.

The DA has not yet decided on whether she will charge Hall for Wilson's death.

But this week, it was announced that Contra Costa County will pay Wilson's family $4.5 million in their wrongful death suit.

On Friday - the one-year anniversary of Wilson's killing - friends and family gathered at the Danville Park and Ride, not far from where he was killed. They want Hall to be criminally charged for killing Wilson.

"I will not rest until justice has been served," said his father Marvin Wilson. "I'm not going to disappear, because money is not my motivation. It never has been, it never will be."

Until these two settlements totaling $9.4 million, Contra Costa County has had a relatively low police payout rate – $1.5 million – for wrongful death and excessive force suits since 2015.

Hall is the second Bay Area law enforcement officer to be convicted in modern history. Former BART officer Johannes Mehserle was found guilty of involuntary manslaughter stemming from the 2009 death of Oscar Grant. 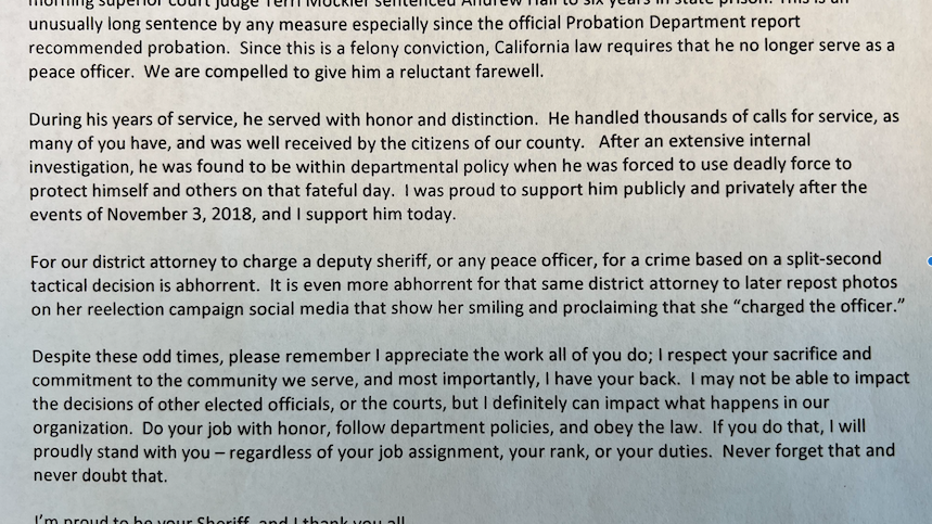