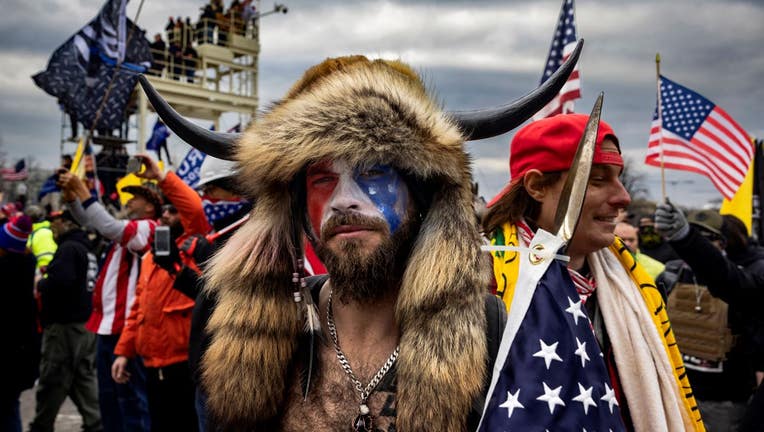 WASHINGTON, DC - JANUARY 6: Jacob Anthony Angeli Chansley, known as the QAnon Shaman, is seen at the Capital riots. On January 9, Chansley was arrested on federal charges of "knowingly entering or remaining in any restricted building or grounds witho

Fox News will cover the first in a series of House Select Committee public hearings as "news warrants," it said in a release, otherwise leaving intact its regular lineup including "Tucker Carlson Tonight." Fox Business Network, Fox News Digital and other corporate siblings will carry the hearing, with Fox News' Bret Baier and Martha MacCallum co-anchoring.

On the broadcast side, Fox affiliate stations and those owned by Fox Corp. will have the opportunity but not the obligation to carry the hearing, the company said. With Fox News out of the scheduled mix — aside from a post-hearing special at 11 p.m. EDT — the most-watched cable network won't add its heft to coverage.

While Fox Business is among the top-rated business channels, its peak audience is in daytime, where it's been averaging 227,000 viewers recently. In comparison, Fox News averaged 2 million prime-time viewers last week, and 1.3 million for the full day.

The hearing will reconstruct events leading up to the 2021 riot, including then-President Donald Trump's refusal to concede the 2020 election based on false claims of voter fraud and the orchestrated effort to overturn Joe Biden’s victory.

The Fox News approach is in marked contrast to the other major broadcast networks and cable news channels, which will be covering the 8-10 p.m. EDT hearing in whole. Fox News will air a post-hearing, two-hour special anchored by Fox News chief legal correspondent Shannon Bream, joined by Baier and MacCallum.

CNN's coverage will begin at 7 p.m. EDT, anchored by Jake Tapper and Anderson Cooper, and resume with post-hearing analysis and further reporting anchored by Don Lemon starting at 11 p.m. EDT.

On MSNBC, Rachel Maddow, Nicolle Wallace and Joy Reid are in charge of coverage that begins at 7 p.m. EDT and will continue after the hearings with a special edition of "The 11th Hour" with Stephanie Ruhle.

The broadcast networks are giving their nightly news anchors the prime position, with David Muir anchoring for ABC, Lester Holt for NBC and Norah O’Donnell for CBS, each starting at or close to 8 p.m. EDT.