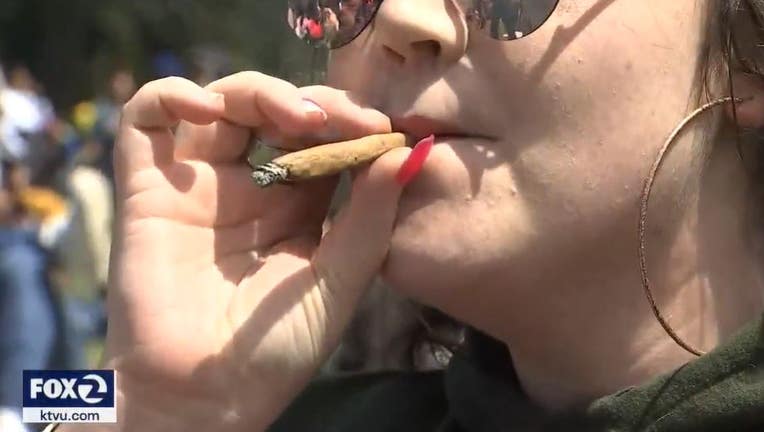 SAN FRANCISCO - In case you didn't think marijuana has gone mainstream enough, San Francisco Travel Association announced this week that a multi-day cannabis culture celebration is coming to the city, just in time for the unofficial 4/20 holiday.

Evergreen San Francisco is a promotion of tourism in the city through a cannabis connoisseurs' lens. The nine-day celebration of San Francisco's regulated marijuana industry will be held April 16 to 24.

We've seen the proliferation of marijuana dispensaries with a vast footprint throughout the city in recent years. That has expanded to include shops and lavish consumption lounges.

Evergreen highlights some of these spots through marketing tie-ins, but also has suggestions for some iconic tourist attractions the city has to offer. For a better idea of what they have in mind, you can go to their website's home page, where you'll see the Golden Gate Bridge shrouded in green fog, and click on ‘experiences’.

A stroll along Pier 39 by the sea lions, a Castro District Walkabout, and Mission Dolores Park are some suggested locations to enjoy. Locals can probably vouch some spots are perhaps more chill than others depending on which strain you've consumed, in what form, and probably a multitude of other variables, but you get the point.

"San Francisco was at the forefront of legalizing and socializing cannabis. As the city emerges from the pandemic, it seems only fitting that we celebrate that which makes San Francisco unique and diverse," said Joe D'Alessandro, president and CEO of San Francisco Travel.

A two-year-plus pandemic has taken its toll on the local economy. Mayor London Breed even went on a 10-day European tour this month for the very reason of drumming up support for tourism.

It's good timing on the city's part to capitalize on the 4/20 ‘Hippie Hill’ gathering that has been COVID canceled for the past two years. This traditionally, non-city sanctioned event of marijuana revelry in Golden Gate Park, dating back to the 1970s, has drawn tens of thousands to this counterculture epicenter in recent years.

Now, the city seems to be embracing the event. Instead of putting up barricades, city leaders are leaning in, offering "Music and event programming" at the park's Robin Williams Meadow from 10 a.m. to 5 p.m.

"The cannabis industry is as iconic to San Francisco as the Golden Gate Bridge, cable cars, and Fisherman's Wharf," said Rodney Fong, executive director of the San Francisco Chamber of Commerce.

The travel association says California became the first state to allow medicinal use of the drug, under the Compassionate Use Act in 1996. 20 years later, the state legalized cannabis for recreational use.

If you dive in on what is being promoted here, you may be surprised by how mainstream this has become. Green Dream Cannabis Tours offers a tour of a dispensary with a dab bar. You can even enjoy a "4/20-friendly limo tour" to take in famous stoner sights, or do a dispensary crawl. Their website promotes half-day weed tours. For the canna-curios, they assure consumption is 100% optional.

More than 25 of the city's cannabis lounges and dispensaries are participating in Evergreen San Francisco.