San Francisco leaders are calling for an independent investigation into corruption, starting with the Department of Public Works following the arrest of department head Mohammed Nuru.

SAN FRANCISCO - A new, acting San Francisco Department of Public Works director was named on Thursday, two days after the former head was arraigned in a high-profile public corruption probe.

Alaric Degrafinried, the current city purchase and director of San Francisco’s Office of Contract Administration -- who is also an attorney and a past Peace Corps volunteer -- will take helm of the department. His new post follows the arrest of Mohammed Nuru and Nick Bovis, a businessman most famous for owning the restaurant, Lefty O’Doul’s.

"DPW employees do great work every day," he told KTVU early Thursday morning. "On Day 1, we want to make sure the work we're doing will continue."

He noted there was indeed "turmoil" in the department, and there is no "magic bullet" to fix that, other than to be "open and transparent."

Nuru and Bovis were taken into custody by the FBI on Monday night and they have since posted bail.

Hours after Degrafinried fielded questions from reporters and met in person the crews cleaning the city, Supervisor Matt Haney stood on the steps of City Hall calling for a special investigator to look at all the city departments implicated in the "corruption scandal."

“Even now many people are afraid to come forward because they believe the city will fail to protect them as it so clearly failed to protect them in the past," Haney said, noting that the streets are riddle with feces and needles. "Director Nuru’s corrupt behavior didn't happen in a vacuum. His approach was fostered and protected by city leaders who turned a blind eye. Right now City Hall needs to send a message that our city has a zero-tolerance policy for blatant corruption.”

Haney backed off calling for Nuru's immediate termination, but he did say he wanted him to resign. However, he is plowing ahead with proposed legislation to break up the department. He had said that too much power resides with one person at the head of the agency.

Mayor London Breed said the supervisor's calls for an additional investigation are unfortunate. She reiterated that she called for an independent investigation from the outset and stressed that the controller and city attorney's offices are independent of one another.

"Our city attorney, who is elected by the voters of San Francisco, has launched that independent investigation. So, I think it's appropriate that we look at the facts," Breed said.

The city attorney's office released a statement that read in part: "This office's track record of independence is unparalleled."

In addition, the mayor's office released a letter from a private law firm advising Supervisor Haney that the city charter specifically forbids supervisors from interfering with the hiring and firing of department heads. They add that to do so would constitute official misconduct.

The FBI and Department of Justice allege they were part of a five-part scheme that include Nuru accepting gifts in exchange for providing cushy deals for a Chinese developer and trying to bribe a San Francisco airport commissioner if she backed a Bovis-owned chicken restaurant to get a lease at SFO- a bribe that never actually took place. The commissioner resigned on Wednesday, citing health reason.

Neither have entered a plea yet, and Nuru’s lawyer said his client is looking forward to his day in court.

Alaric Degrafinried, the current director of San Francisco’s Office and Contract Administration who is also an attorney and a past Peace Corps volunteer, will take helm of the department, following the arrest and charging of Mohammed Nuru and Nick Bo

Degrafinried has held his current position since October 2018, according to his online profile, and he described his responsibilities as overseeing the day-to-day operations of the office, along with the general oversight of the  city's Fleet Management and Reproduction & Mail Services divisions.

Specifically, he wrote he has been responsible for monitoring the "competitive bid process for approximately $2 billion per year of materials, equipment and services, to ensure compliance with legal and city regulations, achieve best pricing and value, and provide fair and open competition for all vendors."

The issue of competitive bidding was specifically mentioned in the FBI charges, criticizing Nuru and Bovis for trying to get around this mandatory requirement with favors and cash.

In his LinkedIn profile, Degrafinried “highlighted that he must maintain the public’s trust by conducting an ethical and transparent contracting process in which vendors, the public and elected officials have confidence.” 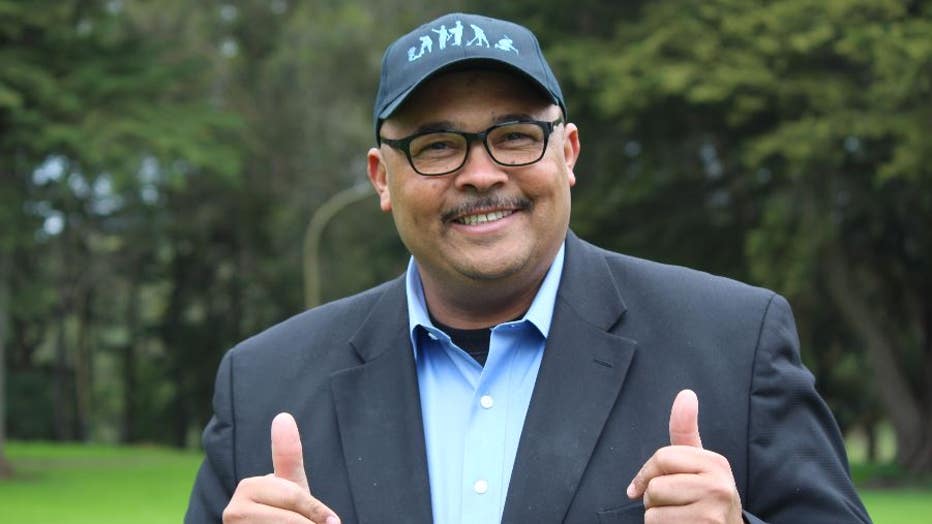 Fifteen years ago, Degrafinried had a fellowship for nearly two years with Equal Justice Works, where he helped promote job opportunities for low-income people in his capacity as an attorney – he graduated from the Santa Clara University School of Law in 2005.

And before that, Degrafinried volunteered with the Peace Corps, working in Haiti with rural micro-credit groups.

In addition to being a lawyer, Degrafinried holds a bachelor’s degree in accounting from the University of Colorado Boulder.

The Department of Public Works in San Francisco was officially created in 1990 and oversees projects such as cleaning the streets, setting up portable toilets in the Tenderloin and the building of homeless navigation centers. As director, Degrafinried will now oversee a 1,600 member workforce and a $312-million annual operating budget.